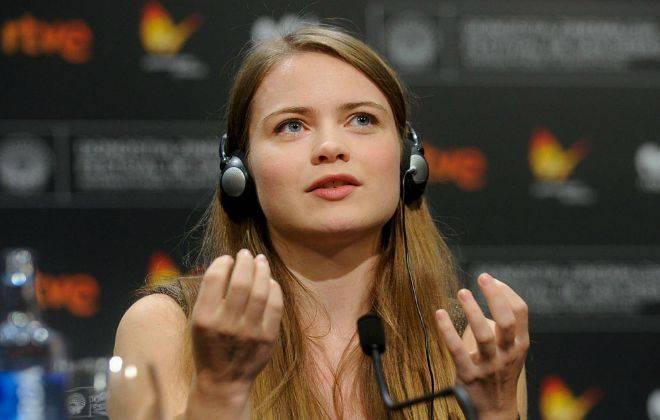 Hera Hilmar is an English actress of Icelandic descent, best known for her lead role as Vanessa in the drama fantasy drama series Da Vinci's Demons. She won the Edda Award for Best Actor of the Year for her work in the films Vonarstræti (2014) and Eiðurinn (2016).

Hera Hilmar attended the London Academy of Music and Art.

Hilmar has kept her personal life secret and so there is not much information available about her past or present relationship.

Hera Hilmar made her film debut in 2007, playing Disa in the Icelandic drama The Quiet Storm.

In 2012, she played Paulina in three episodes of the Icelandic television series Leaving.

She portrays Vanessa in the television series Da Vinci's Demons and Eik in the Icelandic film Life in a Fishbowl.

Hera Hilmar has an estimated net worth of about $ 1 million. Currently, she lives in London.

She started playing at an early age in her father's movies.

In 2015, Hera was named one of the shooting stars of European cinema by European Film Promotion.

She can speak with a fluent British accent.

In 2017, she landed the role of Hester Shaw in Mortal Engines.

She won a Richard Carne Fellowship and Lilian Baylis Award while pursuing a three year program at the London Academy of Music and Dramatic Art.