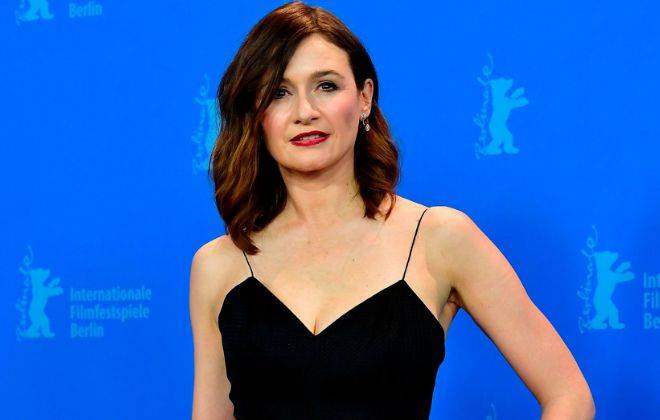 Emily Mortimer is a well-known actress and screenwriter, renowned for her work on television and film. She gained tremendous notoriety for her role in the role of Elizabeth Marks in Lovely and Amazing, for which she won the Independent Spirit Awards for Best Woman Support. She has appeared in a number of independent productions and Hollywood films, including Lars and the real girl, Young Adam, Chaos Theory, Harry Brown, Shutter Island (2010) and Dear Frankie. She also played Mackenzie McHale in the HBO series The Newsroom.

She has dual citizenship in the United States and England.

She studied drama at the Moscow State Art Drama School for two years.

Emily Mortimer married American actor Alessandro Nivola on January 3, 2003 in the village of Turville in the Chilterns, Buckinghamshire. They have two children, a son, Samuel John Nivola (born September 26, 2003) and a daughter, May Rose Nivola (born January 15, 2010).

Emily Mortimer made her debut in the historic adventure film, The Ghost and the Darkness, in 1996, as Helana Patterson.

Her first appearance on television took place in 1994, when she was chosen to perform Angela in an episode entitled “The Virgin of Vitebsk” of the television series Under the Hammer.

Emily’s net worth is estimated at $ 6 million. She charges $ 50,000 per episode for her work in a television series. She lives with her family in Los Angeles.

She began her career as an actress at a very young age, performing in plays throughout her studies. She continued to perform in theatrical productions during her studies and continued to work as a writer for the Daily Telegraph and to write scripts.

Early in her career, she began to play on the screen and has since played in many roles in film and television.

She can speak Russian fluently.

In addition to playing on screen, she has also doubled her voice for Cars 2 and Howl’s Moving Castle.

The Mexican punk band Los Super Elegantes was produced at their wedding.

Mary Poppins Returns and Honey in the Head are some of her next films.