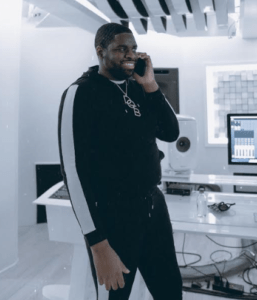 Douglas Whitehead (born September 7, 1996), known professionally Dougie on the beat, is a producer born and raised in Philadelphia, Pennsylvania. Signed in the footsteps of MeDreamChasersek Mill, Dougie produced some of Meek’s greatest records to date, including “1942 Flows”, “Issues” and “Save Me” – all on his 2017 album Wins & Losses.

Whitehead started his musical rap. Having grown up in a large family, the household was really family oriented. He remembers that his father played and listened to a lot of Nas and Jay Z. Personally, he listened to all the big names including Nas, Jay-Z, Scarface, Bigge, Pac and KRS-One.

In his teens, Dougie was exposed to his uncle’s program called Music Development For The Youth where he learned the creative process behind creating a song and how studio equipment works. On the same day, Dougie fell in love with the production and started making his first beat.

Dougie on the beat is not yet married.

Dougie on the beatMeek Mill meetings happened after a year of 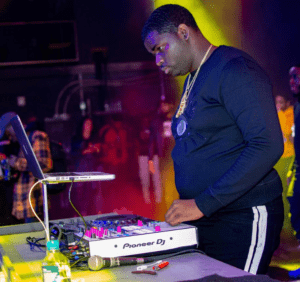 Beats. His first investment was “1942 Flows”, which was recently certified Platinum. “Issues” is also Gold certified.

Regarding his sound, Dougie prides himself on being versatile. “I have a completely different sound,” he told PW in a recent interview. “I don’t really try to look like the others. I just do what I do.”

Other placements include “Feelings” from G Herbo PTSD’s recent album and “Florida Boy” from Rick Ross, Kodak Black and T-Pain. It was Dougie’s self-confidence that proved essential to the success of his career.