Home Celebrities The shocking photo of Angelina Jolie: she posed covered in bees for 18 minutes

The shocking photo of Angelina Jolie: she posed covered in bees for 18 minutes 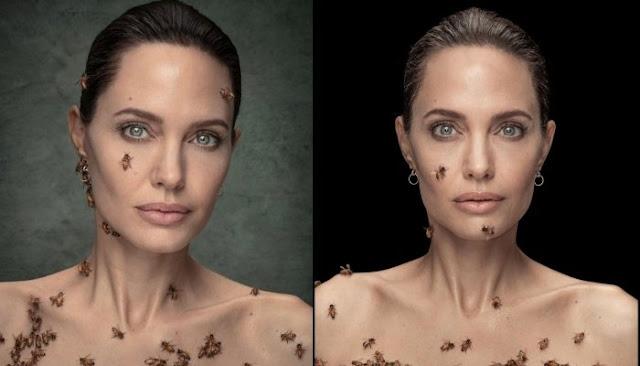 The shock photo of Angelina Jolie: she posed covered with bees for 18 minutes

It was for a production that seeks to raise awareness of the importance of these insects.

Every May 20, World Bee Day is celebrated and this time Angelina Jolie posed surrounded by these insects for the cover of National Geographic. With the intention of raising awareness of the urgency to protect them, the actress said: “With so much that concerns us around the world and so many people who feel overwhelmed by the bad news (…) c ‘is a problem we can handle “.

Even if the most skeptical will want to attribute it to the editing tips, photographer Dan Winters assured that the actress posed covered with bees for 18 minutes. As proof, from Nat Geo’s Instagram profile, they shared a fragment of the production.

“My main concern was safety (…) Everyone on the set except Angelina had to wear a protective suit and the place had to be quiet and dark to keep them calm,” he explained of the pre-production strategies. In addition, the photographer pointed out that the artist “remained perfectly still, covered with bees for 18 minutes and that she was not stung”. 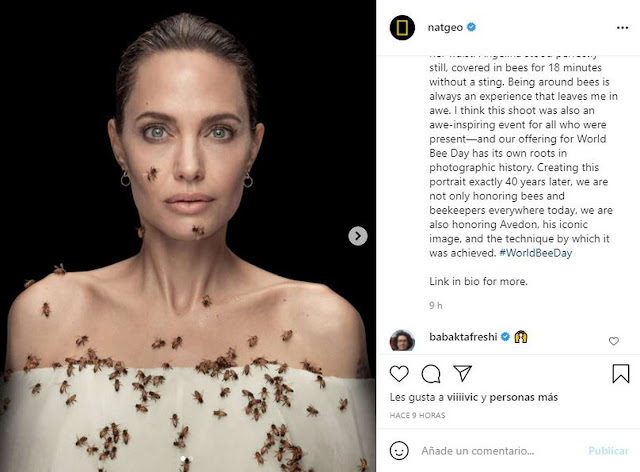 Jolie was named “godmother” of a UNESCO and Guerlain program called “Women for bees” which “trains women as beekeepers-entrepreneurs and protectors of native bee habitats around the world.” 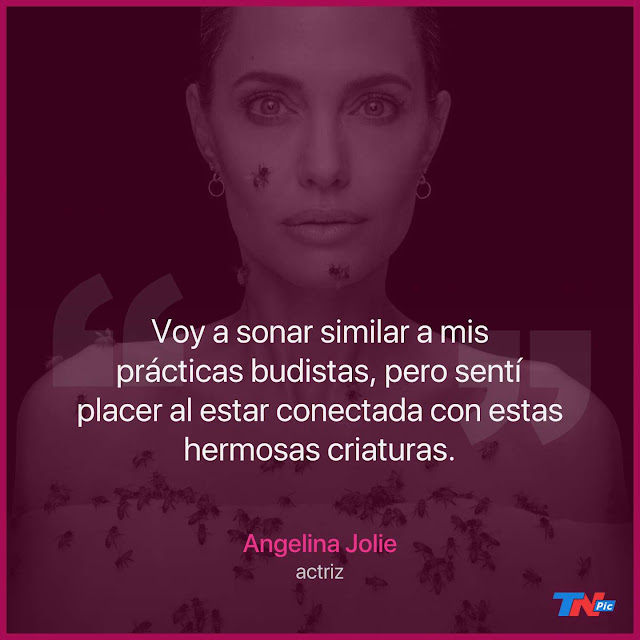 As a result of this production, the artist gave a note to the portal in which she shared her feelings about the experience: “I will sound similar to my Buddhist practices, but I felt pleasure to be connected with these beautiful creatures. ”

While acknowledging that it was not easy because bees are considered dangerous insects, she reflected, “The intention is that we share this planet. It affects each other. This is how one should feel and I really felt that way and at the same time I felt very honored and very lucky to have been able to experience it. It was really fun having them in my hair and makeup. ”

Always involved in different causes, she recognized that her children are a great source of inspiration: “There are six of them and they are more and more informed. It depends on your generation. We are connected. The decisions we make and the things we do over the next 10 to 20 years will shape or disrupt the way we can live on this planet. ”

READ:  The most voluptuous Indian actress

The acclaimed actress and Brad Pitt are the stars of Hollywood’s most complicated divorce which also leads the way to becoming the longest. Although the legal process began in 2016, the final chapter in this legal battle came on March 22 when it emerged that Jolie was accusing Pitt of physical violence.