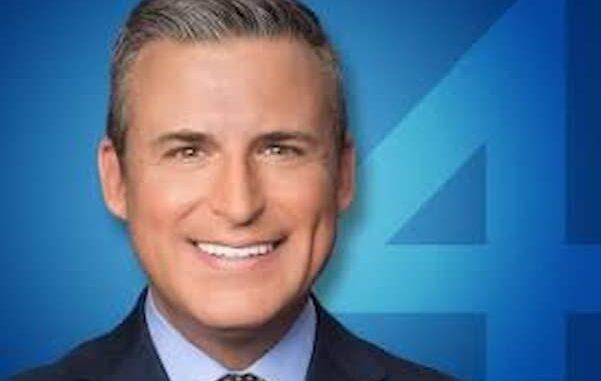 Steve Chamraz is an American Journalist, Ankara and Journalist working as a News Anchor and Investigative Reporter at TMJ4 in Milwaukee, Wisconsin. He served as a reporter for Fox-owned WFLD-TV. On KMOV-TV in St. Louis and on KCTV-TV in Kansas City, he was the head of news research teams.

Chamraz is 45 years old since 2020. He was born Stephen Chamraz Edward on October 24, 1975, in Milwaukee, Wisconsin, United States. It celebrates its birthday on October 24 every year and the sign of Scorpio.

Steve attended the Poynter Institute for Media Studies and graduated with a degree in Journalism, Political Science and Criminology from Marquette University.

Chamraz is married and lives in Whitefish Bay, but when it comes to his personal life, he is somewhat private. He has not yet published the detailed details on social media about the woman and his family.

Chamraz began his career in 1994 as a news assistant, remained at 620 WTMJ as a mid-term news analyst, and as a television producer at this stage. Steve anchors “Live at 5” and “Live at 10” with Carole Meekins each of these years after reality. Likewise, it has “The Now: Milwaukee”. “To say that this is a fantastic work is not a decorative element,” Steve said. “This is a great place and I think I have an amazing heritage.”

Ever since returning to TODAY’S TMJ4 in 2011, Steve has been leading the I-TEAM. His work has twice received a grant for research reports from the Wisconsin Broadcasters Association. In 2016, he received a grant from Edward R. Murrow for his narration of “Making the Milwaukee.”

In 2014, Steve’s report revealed neighboring school districts that neglect to penetrate the necessary amount of protection each year. After discovering that they were violating state law, these schools were forced to change their health regulations. In 2011, Steve’s I-TEAM report revealed problems with childcare illegality, including unsafe activities that added to youth transitions. This prompted hearings by a state senate advisory committee, which is proposing legislation to help care for children in child care.

A graduate of Marquette University in 1998, Steve is a big Golden Eagles ball enthusiast. She loves watching Brewers baseball during the warmer months, preferably on a night where the terrace is available. Before returning to Milwaukee, Steve worked at the location where he grew up in Chicago as a WFLD-TV reporter claimed by Fox. On KMOV-TV in St. Louis and at KCTV-TV in Kansas City, he was the head of the research teams. It has also been advertised for TV slots in Madison and San Francisco. On CBS Evening News, An Hour and Court TV, Steve’s work has been featured.

His mention, including a National Headliner for Investigative Reporting Award, was honored with some of the company’s most notable awards. Steve has received ten Edward R. Murrow Awards, nine Mid-America Emmy Awards, three Missouri Broadcasters Awards, the Kansas Broadcasters Award and numerous awards at the Kansas City Press Club. Steve was a finalist for the Analytical Reports and Publishers Award.

Because of his long career as an anchor, Chamraz is well paid as an American Journalist, Anchor and Journalist. His details have not yet been verified about the exact amount of money he receives and the total assets he holds.