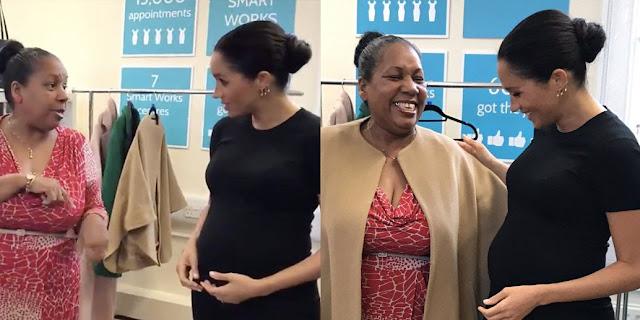 She encourages them with the confidence they need to find work.

Meghan Markle begins the new year by immersing herself directly in humanitarian work.

The Duchess of Sussex paid another visit to the Smart Works charity in London on Thursday to encourage vulnerable and unemployed women to re-enter the workforce, Harper’s Bazaar reports.

“It’s not just about giving your clothes away and seeing where they land. It’s part of each other’s successes as women,” said Markle.

In the
@SmartWorksHQ
Dressing Room, the Duchess helped Patsy create an outfit for her new job.

The award-winning charity helps unemployed women in their upcoming interviews by providing them with a wearable outfit and 1: 1 coaching.
pic.twitter.com/BZHDK01FeF

– The Duke and Duchess of Cambridge (@KensingtonRoyal)
January 10, 2019

Employment rates have a lot to do with disparity. The global labor force participation rate is 48.5% for women, 26.5 points lower than the rate for men. When women are unemployed, they are more likely to find themselves stuck in a cycle of poor quality jobs in vulnerable conditions, according to the International Labor Organization.

Traditional gender roles, work-family balance, lack of transportation, and lack of affordable childcare are all attributable to female unemployment, making it extremely difficult for them to achieve financial stability and independence.

“As a global activist for women and their rights around the world, the Duchess will highlight Smart Works, enabling more women to come to our centers and get the work that will transform their lives,” said Kate Stephens, CEO of Smart Works.

The Duchess of Sussex will become the godmother of four organizations that reflect the causes and issues with which she has long been associated, including the arts, access to education, support for women and animal welfare.
pic.twitter.com/tU9QWDlPyH

– The Duke and Duchess of Cambridge (@KensingtonRoyal)
January 10, 2019

Markle has her work cut out for her in 2019. Her involvement with Smart Works is just one of four sponsorships she announced on Thursday. The girls’ education advocate will also work with the Association of Commonwealth Universities, which offers scholarships and other learning opportunities, according to HuffPost. She will also be making appearances at the National Theater and the Mayhew Animal Home soon. 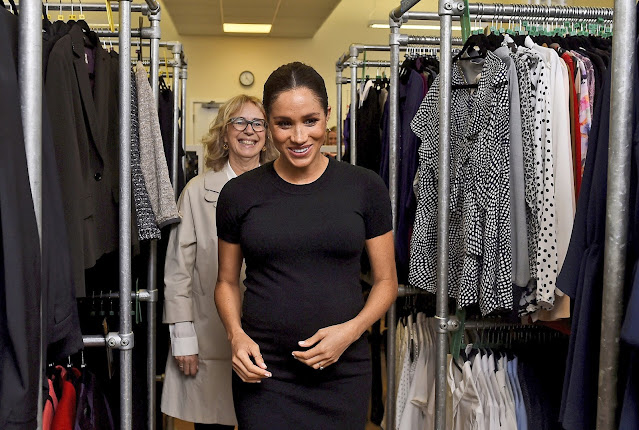