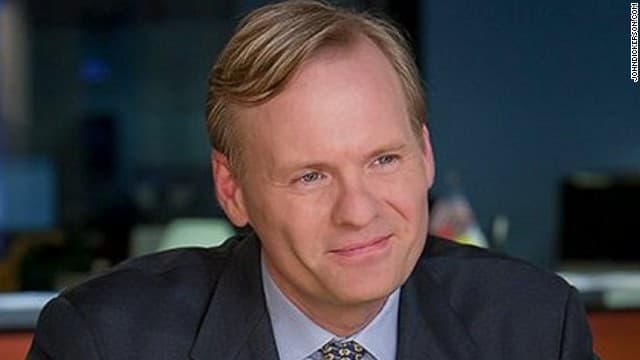 John Dickerson is an American journalist currently working as a 60 Minutes correspondent for CBS News and a senior CBS News political analyst. Dickeson is also a contributing editor to The Atlantic and the host of the Whistlestop podcast and co-host of the Slate Political Gabfest.

Dexon has previously starred on CBS This Morning with Norah O’Donnell and Gayle King. From 2015 to 2018, he anchored “Face The Nation” and the chief correspondent of CBS News in Washington. He also published his third book, The New York Times Best-Seller The Hardest Job in the World: The American President.

John joined CBS News in April 2019, starting as an analyst and contributor. He worked for six years as the Network’s Political Director and in the 2016 presidential campaign, coordinating the two CBS News presidential debates. He was currently the host of “Face the Nation”.

For ten years (2005-2015), John was the chief political correspondent for Slate Magazine, which won the Ford Award for Distinguished Presidency Reports for a 2010 long-running series on Secretary of Defense James Mattis. John also won the David Broder Award from the University of New Hampshire Law School.

A native of Washington, John graduated with a degree in English and a specialization in American studies from the University of Virginia. Despite his reporting career, Dickerson is also the author of On Her Trail and the best-selling Whistlestop: My Favorite Stories from the Presidential Campaign History (Twelve Books).

Dixon is married to Anna Dixon after many years. Anne is the founder of 15 Minutes Group, a company specializing in media training, messaging and on-air talent training. The couple is blessed with two children.

Dickerson has a net worth of $ 4 million earned through his career as a journalist and writer. In addition, John receives an average annual salary of $ 1 million.