Ebere Okaro: Age, Career, All You Need To Know 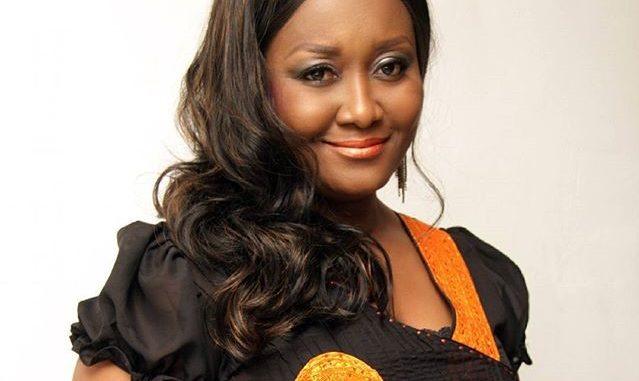 If you ever want to classify Nollywood actors and actresses into the aspect of Nollywood they fall into, you will struggle to put Ebere Okaro in a category without a huge asterisk. Are you going to match Ebere Okaro with the cheap Nollywood or with the new Nollywood that we see in the cinema or on cable television? You won’t know because Ebere Okaro does it all. Today she is in “Eze Ndiara na America”, the next day in “Living in Bondage: Breaking Free”. Igbo, Engligbo and English films, she does everything. My most memorable awareness of Okaro was when she won AMVCA as the best supporting actress for her role in “4-1-Love” and then said: “We’ll be back” on stage. If there ever was any real bragging on stage, that’s it. Here’s everything you need to know about one of your favorite stars from your favorite author.

Ebere Okaro was born in London in January 1964. She was born into a Catholic family, whose mother worked as a television producer and whose father is said to be interested in art and literature. It is then correct to say that Ebere Okaro was genetically prepared for a career on the screen. Ebere grew up in Nsukka, where she comes from (dear Lota Chukwu, meet your sister). Ebere studied at the Santa Maria Primary School and the Queen of the Holy Rosary in Nsukka, state of Enugu.

For her tertiary education, Ebere was at the University of Calabar, where she started studying. Training to become a tutor. She didn’t want that. She was passionate about acting and soon moved to the theater art department, where she obtained her BA. After completing her training, she completed her compulsory youth service in NTA Lagos, where she received her first screen credit.

This is Nigeria, we can never say for sure how many films our stars can be seen in. In fact, even the stars can’t tell. We don’t take data down here seriously. So you would hear people say “Genevieve has appeared in hundreds of films” or “Omotola is a veteran of more than 300 films”. There are 250 films for Ebere Okaro. It could be more, it could be less, but this fact has made Ebere Okaro one of the veteran stars whose credits are countless and counted in the hundreds.

Some of the films in which Ebere Okaro can be seen are “Moving Fingers”, “Shallow Waters”, “Third Eyes”, “Bambitious”, “Hostages”, “Eze Ndi Ara in Amerika”, “Chetenna”, “The Village Terror “,” The Village Fighter “,” Mothers Blood “,” Married but Living Single “,” Road to Yesterday “,” Family Swag “, which she played with Harry B,” Living in Bondage: Breaking Free “where she played the role of Swanky JKA, foster mother, etc. Okaro also made films, and produced and starred in “Musical Whispers,” a film to promote care for autistic children, in 2014. Chioma Chukwuka and Kalu Ikeagwu appeared in the film.

Ebere’s career is currently in a comeback condition. At one point, her career declined so much that she had to find a job elsewhere, in an embassy and then in a bank. After the bank collapsed, she returned to Nollywood. If the bank had not gone under, we might have lost Ebere Karo for good.

I have also seen many people who mentioned that she has a net worth of 500,000 naira. This amount can make five to six cheap films, but will have difficulty paying a week of PR for a movie. No, Ebere is worth a lot more. We hardly know the true fortune of our stars, but we know stars that are not worth peanuts, and Ebere Okaro is one of them. Based on a calculated guess, I would say that Ebere is worth eight million naira.