Home Celebrities Chris Hemsworth proves that his stomach is not from this planet either: “A light meal”

Chris Hemsworth proves that his stomach is not from this planet either: “A light meal” 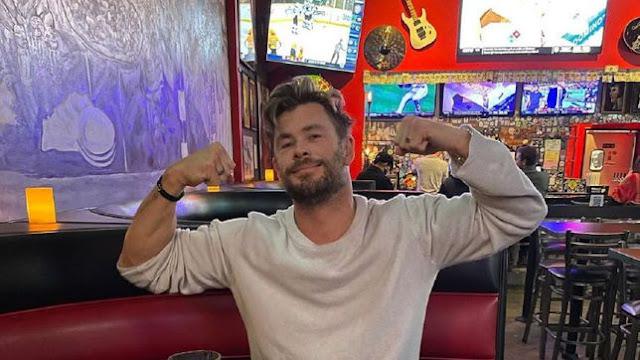 Chris Hemsworth proves his stomach is not from this planet either: “A light meal”

The Australian actor surprised more than 51 million Instagram followers with an image showing he doesn’t always go on a diet.

Chris Hemsworth shows off almost every day how he kills himself in the gym, with long sessions of weight lifting or cardiovascular exercise, and that’s why his physique is one of the most striking and enviable in all of Hollywood.

His workouts are very hard, and he has shown this on several occasions, which he supplements with a strict diet. However, he does not always eat so healthily, and this is because he sometimes takes the opportunity to skip this diet with heavy meals.

The Australian actor wanted to share an image in which he shows that he also takes breaks in his routines, and therefore posed next to two large pizzas, two plates of chicken wings and fries with sauce and a beer.

A meal that Hemsworth wanted to share, adding a caption with a lot of humor: “I just landed in Los Angeles and thought of starting with a healthy and super light meal,” he said.

An image that was very well received

Many of his fans were quick to react with comments in a humorous tone: “Sounds very healthy!”, “This is how Thor eats” and “These are just the starters, no? “, among others. A photograph that has reached more than 4.5 million “likes” in less than a day, and nearly 20,000 comments.

If he will be able to burn all the calories he consumed during this meal. Yes, safe, and we are up against a Chris Hemsworth who will soon be returning to the big screen from the hand of two big projects for which he will have to show off a slim physique, ‘Thor’ and the sequel to ‘Tyler Rake’.