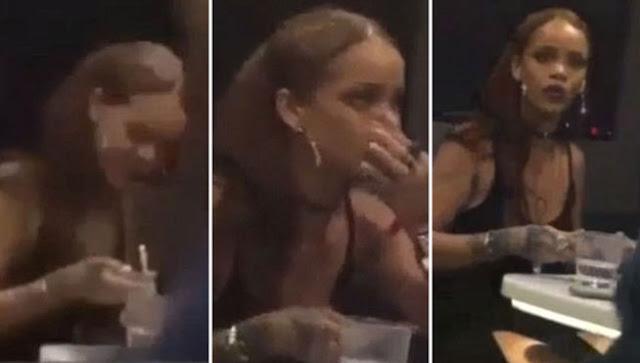 A brief recording captured during singer Rihanna’s visit to the Coachella music festival is circulating on social networks, in which the artist is seen inhaling cocaine.

In the video posted to social media Instagram, the singer is seen rolling a white cylindrical object and touching her nose while partying with friends at the festival.

The controversial video was posted by an Instagram user and apparently the singer herself left a comment on the post indignant at what was being implied about her. “Even an idiot can see that what I’m doing is rolling a cigarette. Who snorts tobacco? Just because someone touches their nose doesn’t mean they are taking coke! ”.

The user quickly deleted the post, but it had already circulated on social networks:

The recording quickly went viral, alarming the singer’s fans for the alleged use of the said drug, which led Rihanna to finally show her face and post another video herself, also on Instagram, where she appears in rolling a cigarette.

READ:  Meghan Markle has she had cosmetic surgery?

This is not the first time that the “badgirl”, as she calls herself, has been involved in a similar affair; Rihanna went through a similar situation in 2012 when she posted an image of herself cutting a white powdery substance from a man’s head.

On this occasion Rihanna defended herself by uploading the video in which she appears rolling tobacco in cigarette paper, and shortly after she posted a photograph smiling and holding a can of Coca-Cola, referring to the controversy and suggesting that this is the only “coke” it takes.