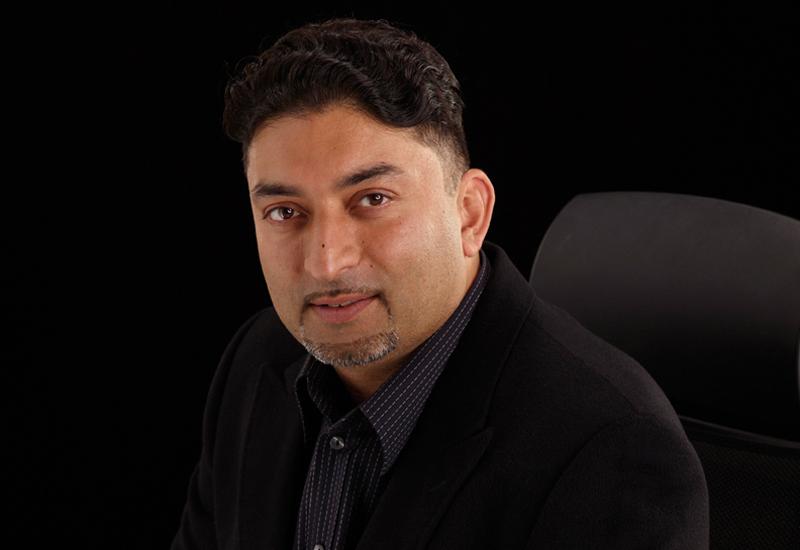 Sheeraz Hasan is an American entrepreneur known for managing celebrities like The Rock, Justine Biber, Kim Kardashian and many others. He has published a book called “Sheeraz: The Muslim American Dream”.

Hasan’s heritage is Pakistani — his parents moved from Pakistan to London in 1965… His family’s restaurant in London also is named Tinseltown.

Sheeraz Hasan was born on February 28, 1974, in London, UK. Later, he moved to the United States.

Born and raised in London, Sheeraz’s father passed away when he was only 16, forcing him to work in the family restaurant in the heart of London called Tinseltown Cafe. As a gift to his mother, Sheeraz, accepting the responsibility, successfully ran the business making it the only 24-hour restaurant in town. After the restaurant took off him.

Sheeraz’s remarkable journey began in London in 1991, when at the age of 16, he took over his family’s struggling restaurant business. Renaming it the ‘Tinseltown Café’, he turned it into a 24-hour Hollywood-themed eatery, and before long, it was a thriving success. Then with no experience, skills, or contacts in the entertainment business, he decided to move to Hollywood, with only a small amount of money from his family to get him started.

While making his prayers at the Hollywood sign, a chance encounter with Rowland Perkins, founder of Creative Artists’ Agency, the biggest talent agency in the world, catapulted Sheeraz into the Hollywood movie scene. Within weeks, he had his own TV show, and was covering film premieres and interviewing the biggest celebrities on the red carpet.

Sheeraz made sure Tinseltown TV focused on spreading a message of spirituality, and he never reported on gossip or celebrity scandal. Instead, he asked stars about their religious beliefs and spiritual lives, and encouraged them to use their fame to make the world a better place. After only 18 months of arriving in the US, Fortune Magazine, the world’s premier business magazine, devoted a four-page spread to Sheeraz. His story was featured alongside the billionaire Google founders, Larry Page and Sergey Brin and the richest man in the world, Microsoft’s founder Bill Gates.

A practicing Muslim, Sheeraz is determined to create a positive image for Muslims in America. He sees it as his mission to build bridges between cultures, and the realization of his vision has been recognized with the numerous awards he has been granted.

He was given the “Hall of Fame” award at the 2004 Indian Telly Awards, the most prestigious television award show in India, for connecting Hollywood and Bollywood together. He was named ‘Hollywood Ambassador to the Middle East’ at the 2004 Arabian Music awards in Dubai, and the One Night Foundation named him their ‘Humanitarian Communicator of the Year’ for his work in promoting their efforts to fight AIDS in India. He has been appointed the Global Ambassador for Youth for Human Rights Rights International, as well as a special representative for Friends of the United Nations, and devotes time to educating children around the world about the principles of Human Rights.

At the 2005 Bollywood Awards, also known as ‘The Indian Oscars’ appointed Sheeraz ‘Hollywood Ambassador to Bollywood’ for his outstanding work in bridging the two largest film industries in the world, Hollywood and Bollywood. He was also given their prestigious ‘American Dream’ award. And in response to the South-East Asia tsunami tragedy, he hosted the first live telethon in the U.S. to raise money for victims of the disaster. Additionally, in response to the devastating earthquake in Pakistan, Sheeraz hosted the first telethon in Los Angeles to raise funds for relief efforts and awareness for those affected by the disaster.

On July 4th, 2005, America’s Independence Day, Sheeraz launched www.Hollywood.tv the ultimate web domain, as ‘Hollywood’ is a multi-billion dollar brand recognized all over the world in every language. On Hollywood.tv, all the world’s stars stand shoulder to shoulder —Tom Cruise and the King of Bollywood Shahrukh Khan, Angelina Jolie and the International Superstar Aishwarya Rai, Brad Pitt and Hong Kong Legend Jackie Chan. Sheeraz has the vision to bring the best of International Entertainment to Hollywood. Sheeraz calls this THE NEW HOLLYWOOD. A Hollywood that unites all Global stars in one destination.

Within a year, Sheeraz Hasan vaulted HOLLYWOOD.TV to become the top-rated celebrity media company around the world. Hollywood.TV content is seen in no less than 270 countries and by over two billion viewers worldwide. Hollywood.TV supplies daily content to CBS, CNN, FOX, ABC, NBC, ET, The Insider, SKY, BBC, RTL, AP, REUTERS, TV GUIDE, E!, Today Show, The Early Show, Good Morning America, Youtube, MySpace, Facebook, and Perez Hilton, just to name a few.HOLLYWOOD.TV has become the definitive source for compelling celebrity footage. Sheeraz’s vision of a unique all-access view into the daily lives of stars has become required programming for some of Television’s highest rated programs. Our photographers are on the streets every day hunting for what will be tomorrows breaking news.

With over 10,000 star videos in our archive, we have one of the biggest and most complete collections of historic celebrity moments including the first video of Michael Jackson being rushed to the hospital in an ambulance and exclusive video of Britney Spears on stretcher. If it happens in Hollywood –we are there to catch in on camera. Hollywood.TV –It’s Hollywood as it happens.

With offices in Beverly Hills, Hollywood.TV prides itself on having the fastest turn around in Media. Within minutes of capturing breaking news on tape its available for download to our clients.Hollywood.TV is your one stop shop for anything celebrity. Stars on the red carpet, Stars stumbling out of the newest hotspot, or just stars getting busted. We cover every aspect of celebrity and can deliver the headlines straight to you in just minutes.

From the streets of Hollywood to the internet, to around the world. Star Patrol 24-7 -Our news breaking website updated minute by minute making our celebrity content the most watched videos on television and on the Internet. Sheeraz has managed to control the world’s celebrity media, reaching billions of people with the click of a button.

In 2006, Sheeraz launched his personal autobiography, “Sheeraz: the Muslim American Dream’” which is an emotional, spiritual and gripping love story describing Sheeraz’s rags to a riches success story in America. Through his autobiography, Sheeraz is creating a positive image for Muslims around the world and his book and story has received the highest acclaim worldwide. The book received the highly esteemed “Best Autobiography” award at the 2006 Bollywood Awards held in Trinidad in front of a live audience of 20,000 and televised to millions of viewers around the world. The autobiography also earned Sheeraz the coveted Dr. Zakir Hussain Award for “Outstanding Contribution to the Arts” at the 59th Anniversary of India’s Independence Day in August 2006, held at the world renowned Walt Disney Concert Hall in Los Angeles in front of numerous prominent worldwide dignitaries and leaders. Former Presidential candidate and US Senator John Kerry presented Sheeraz with the Dr. Zakir Hussain Award, which was named after the former President of India. The emotionally moving story and success of “Sheeraz the Muslim American Dream” has also earned Sheeraz personal commendations and endorsements from such luminaries as Senator Hillary Clinton of New York, Mayor Antonio Villaraigosa of Los Angeles and Governor Arnold Schwarzenegger of California, who compared his own rags to riches success story in America to Sheeraz’s success story when he stated that we are both “examples of the shining reality of the American Dream.”Sheeraz’s autobiography has been a huge success, and he has not only become a role model for over 1.6 billion Muslims around the world, but his book has also been highly instrumental in promoting the peacefulness of Islam, both in Hollywood and around the world, as well as for building bridges between all people of various religious faiths and backgrounds.

2008 was also a year in which dreams came true. When Sheeraz came to Los Angeles in 2002, he arrived with the vision of opening a milkshake bar very much like the one he had pioneered at his restaurant in London. Six years later, on Oct. 31 of 2008, Sheeraz’s life came full circle when he opened the doors of his Millions of Milkshakes café in West Hollywood. His concept was unique. Instead of offering his customers a limited variety of items from a standard menu, they were free to create their own by blending their choice of ice cream, non-fat yogurt or non-dairy ice cream with over 100 delicious, carefully chosen toppings, giving literally millions of milkshake combinations. Any and every conceivable taste was accommodated, from candy and chocolates to healthy alternatives using fruit, cereals or protein.

What has made Millions of Milkshakes unique is Sheeraz’s special relationship with some of the biggest stars in Hollywood. At his invitation, Miley Cyrus came to the milkshake bar and absolutely loved her milkshake. Almost instantly, because of the massive publicity Millions of Milkshakes received in the world’s biggest publications from that one high profile visit.

Sheeraz didn’t stop there. He picked up the phone and invited some of the world’s biggest stars to Millions of Milkshakes. Within no time, the biggest newspapers, magazines, and television shows worldwide were there reporting that celebrities were not only visiting Millions of Milkshakes but that they were also creating their own milkshakes for posterity. As a result, Millions of Milkshakes offers a celebrity menu where customers can order a Miley shake, a Lindsay shake, a Kardashian shake, a La Toya Jackson shake, and even a Bollywood star Mallika Sherawat shake as well as many, many more.

In 2010 Sheeraz will launch AbuDhabi.TV, the #1 online destination promoting Abu Dhabi to America and the rest of the world. AbuDhabi.TV will introduce the world to one of the world’s richest cities, with a trillion dollar cash economy.

In 2010 Sheeraz Hasan will launch www.Dubai.tv -The Official Web Channel promoting Dubai to the USA. Just as Sheeraz built the bridge between Hollywood and Bollywood, now Sheeraz will connect the United States with Dubai –‘The City Of Gold’.

In 2010, Sheeraz will launch www.Sports.tv the ultimate web domain, as ‘Sports’ is a multi-billion dollar brand recognized all over the world in every language. On www.Sports.tv all the world’s athletes will stand shoulder to shoulder-Tiger Woods and the soccer superstar David Beckham, tennis phenomenon Maria Sharapova and teen golfing sensation Michelle Wee, Kobe Bryant, and Cricketer Sachin Tendulkar. Sheeraz has a vision of bringing together the best in international sports by providing an online destination that unites all sports and athletes from every country in the world. With over one Billion people already online with high-speed internet connections, the future of the web is Television. www.Hollywood.tv is uniting the global entertainment industry, which is worth one trillion dollars annually, and is becoming an online distributor of international ON-DEMAND movies and ON-DEMAND Television shows.

Additionally www.Sports.tv will be uniting the global sports industry, which is also worth one trillion dollars annually, and is becoming an online distributor of ON DEMAND sporting events.

On www.Sports.tv all sports from around the world will be showcased ON DEMAND, updated 24 hours a day, 7 days a week, ranging from Boxing, Baseball, Basketball, Football, Hockey, Soccer, Cricket and all sports of the world.

Top Silicon Valley analysts have stated that www.Hollywood.tv –www.Sports.tv and www.Dubai.tv will become multi-Billion-dollar media companies, and the gold rush on the Internet has only just begun.

Since coming to America, Sheeraz’s journey has brought him full circle, from reporting on the headlines to make them. He has garnered scores of awards, graced the covers of the largest newspapers and magazines, has been featured on the biggest TV shows around the world, and he has made fortunes from his successful media ventures.

Now Sheeraz is creating history by representing both Sports and Entertainment to billions of people around the world.