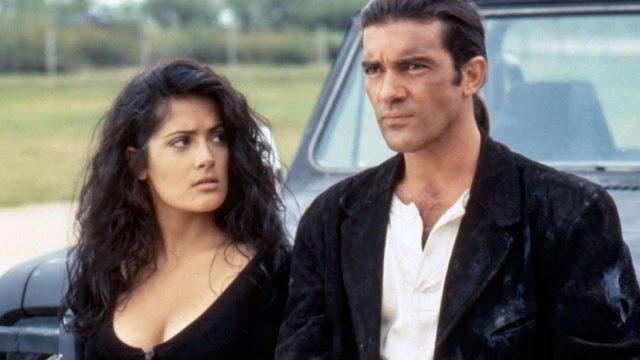 Salma Hayek said she struggled to walk through the scenes without crying in the 1995 film titled “Desperado”.

Hollywood diva Salma Hayek recalled how her “Desperado” co-star Antonio Banderas helped her when she started crying on the sets of the 1995 film and said he was an absolute gentleman. She also detailed her experience filming the sex scene in the movie, directed by Robert Rodriguez.

Hayek said that when she landed the role, there was no mention of a sex scene between her character, Carolina, and El Mariachi (Banderas) in the script. It was brought to his attention after production began.

“So when we were about to start filming, I started sobbing (and I said) ‘I don’t know if I can do this. I’m scared,'” she recalls.

“One of the things I was afraid of was Antonio – he was an absolute gentleman and so kind, and we are still very close friends – but he was very free. It scared me that for him this was nothing. I started crying, and he was like, ‘Oh my god. You make me feel bad.’ And I was so embarrassed that I was crying, “Hayek said, according to a report from femalefirst.co .uk.

READ:  These are the worst plastic surgery disasters of Hollywood celebrities

Hayek also said that the film’s director Robert Rodriguez never pressured her to do something she was not comfortable with. The actor said she struggled to walk through the scenes without crying.

“I wasn’t letting go of the towel. They were trying to make me laugh. I would take it off for two seconds and start crying again. But we got away with it. We did our best with what we could do at the time. era, “Hayek told Dax Shepard and Monica Padman during the Armchair Expert podcast.

“Desperado” is the second installment in Rodriguez’s Mexican trilogy, which also includes the films “El Mariachi” (1993) and “Once Upon a Time in Mexico” (2003).