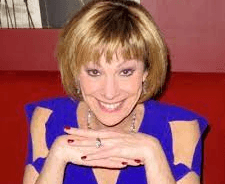 This is something you need to know about Roz Varon, an American Traffick journalist and news anchor who has been working for ABC 7 News as a Morning Traffic Anchor since April 1989.

Varon is the wife of Glen Janz and the parent of one child. Little is known about her parents, there are also no details about her siblings, so this information will be updated as soon as it is available.

Baron is married to her husband Glenn Janz. The couple is blessed with a daughter. The family also has three pets, two dogs and a cat.

He went to Columbia College where he graduated with a degree in Broadcast Communications.

Varon is an American Traffick journalist and news anchor who has been working for ABC 7 News as a Morning Traffic Anchor since April 1989. She has also won several Emmy Awards in Traffic Reporting, Special Programming, Spot News and Features.

She was honored with more than five Peter Lisagor Awards, including one for her “Weekender” series, a weekly Chicago metro event. She also won the Illinois Broadcasters Association Silver Dome Award for her breast cancer specialist, “Faces of Inspiration.”

He has also served on the Chicago / Midwest Board of Directors of the National Academy of Television Arts and Sciences and is currently a member of the National Alumni Council and the Columbia College Alumni Network (CAAN).

He has not revealed whether he has gone through weight loss.