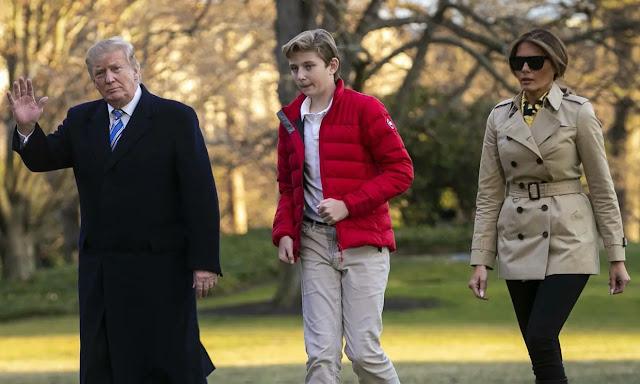 The first lady criticized the fact that Barron, the 13-year-old teenager she has with the President of the United States, was brought up in a political context

Melania Trump remains a mystery despite being the first lady of the United States for almost three years. Yet it is in her mother’s facet that Donald Trump’s wife is most protective and where she has no problem pulling her nails to defend the privacy of her 13-year-old son Barron. This time, she attacked, via Twitter, Stanford University law professor Pamela Karlan, who brought up the child during a hearing in Congress on the possible opening of a political trial. against the American president.

“A minor deserves his privacy and should be excluded from politics. Pamela Karlan, you should be ashamed of your angered and partial public appearance, and for using a child to do it, ”the first lady said on her official Twitter account, in which, unlike her husband, keep a low profile. 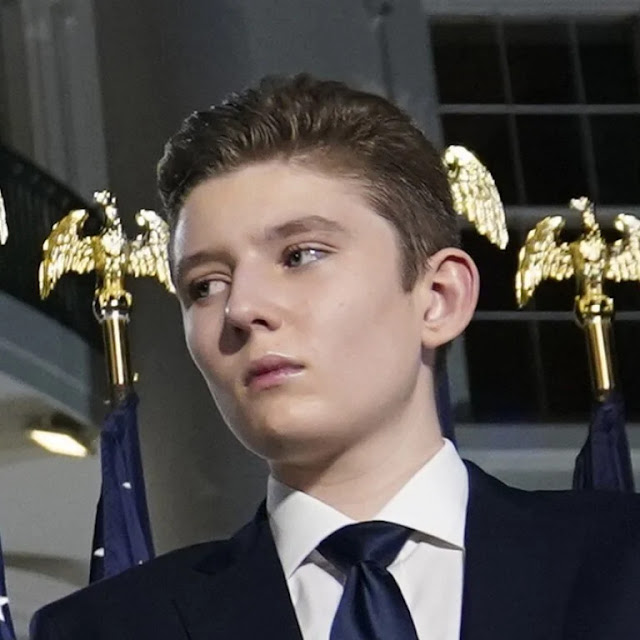 Trump’s wife wasn’t the only one attacking Pamela Karlan. The Trump campaign for 2020 and several members of the public also criticized the teacher, who offered her expert perspective on the matter to the House. She explained the difference between democratically elected presidents and kings, who do not have to answer to an electorate. “I’ll give you an example,” she said in the context of this explanation, “there is one example that shows the difference between him (Trump) and a king, and that is that the Constitution says that there are no noble titles. So even if the president can call his son Barron, he cannot make him a baron. ”

The statement made some members of the House of Representatives laugh, although Republicans have clearly expressed their irritation and spoken out in favor of the Trump family. Florida Representative Matt Gaetz blamed the teacher for the comment, saying “attacking” the President’s son made him “seem cruel.” Pamela Karlan testified in a hearing with three other legal scholars who expressed her opinion on whether or not Trump had committed a crime that could lead to his dismissal. 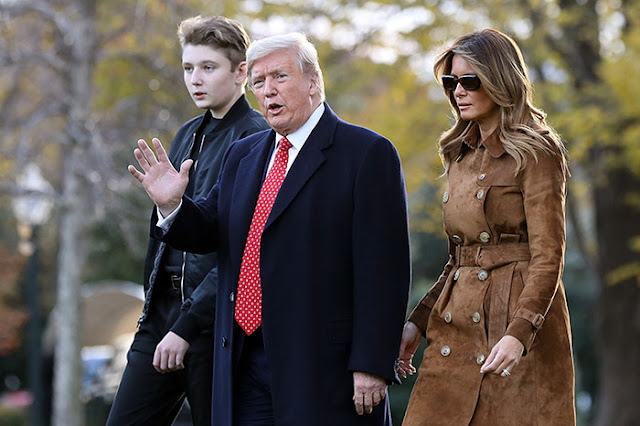 Barron is the president’s young son and the only one he has with Melania, his third wife, who has always been very jealous of the teenager’s privacy and tried to keep him out of media attention at all times. . A few years ago, another ‘White House girl’ Chelsea Clinton defended little Trump when criticized for yawning when his father was inaugurated as the country’s new president. “Barron Trump deserves the opportunity that every child should be a child,” she wrote on her Twitter profile to continue saying, “To stand up for all children is also to oppose their policies, which are harmful to children, ”she concluded. .

In recent times, Barron Trump has undergone a big transformation: he looks more and more like his father and left behind his suit and slicked back hair to wear jeans, a jacket and sneakers, just like any boy his age. just as They reflect the images taken with their parents as they traveled to Florida for Thanksgiving, which was recently celebrated in the United States.