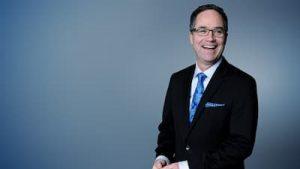 This is what you need to know about Matt Zaffino, an American meteorologist. He is known for anchoring the weather exposure to KGW.

Zafino was born on April 5, 1961, and is currently 61 years old. Zaffino celebrates his birthday on April 5 each year.

Zaffino is a man of average height and shape, however he has not revealed details about his height. We will update this information as soon as it is available.

Zaffino has not revealed details about his family, it is unknown if he has siblings or parents. We will update this information as soon as it is available.

Zafino is married to Robin and the couple has a son named Enzon.

Zaffino studied at the University of Utah.

Zafino had melanoma and shared his experience on his social media account.

Zafino and his wife Robin created an amazing house in which they live.

Zaffino worked and later worked as a weather producer at KTVX in Salt Lake City while studying meteorology at the University of Utah. He moved to Traverse City, Michigan in 1984 to forecast the weather for the WGTU, and then to Battle Creek, Michigan in 1985 to anchor morning and night.

His charm in time stems from his desire to be outside and in nature. Also in his German class in high school. His teacher made meteorological maps on the chalkboard there, describing the conditions needed to cause a blizzard and send everyone home for the day. Since then, he has been creating weather maps.

In 1985, he returned enthusiastically to the West to work as a weather anchor at KDRV in Medford, Oregon. In 1988, he was hired by KATU in Portland to offer weekend time. In addition to environmental reporting, Zaffino perfected his writing and storytelling talents for television news. He finally got on the afternoon TV newscasts after helping with the premiere of KATU morning news. Matt left KATU in 1996 to become chief meteorologist.

He is the only person who has ever broadcast live from the top of Mount Hood on television. Zaffino also covered the 2000 Summer Olympics in Sydney, Australia, as well as the 2002 and 2010 Winter Olympics in Utah and Vancouver for KGW. He went to the Greenland Ice Sheet in the summer of 2004 to report on climate change research, making live radio broadcasts for KINK FM in Portland from there.