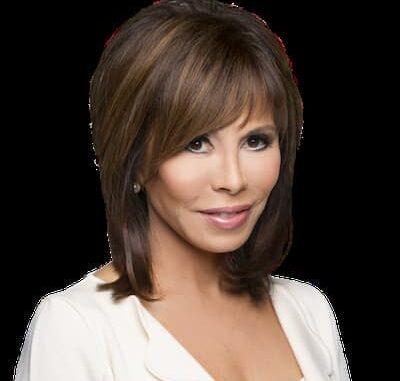 Laura Diaz is a Southern California reporter on KTTV Fox 11 I Los Angeles and a fourteen-time Emmy Award winner. Diaz started working at Fox Station in May 2012. Since April 2010, he has served as the solo anchor of the daily editions of CBS 2 News at 6 p.m. until he left the station.

On CBS 2 he created and hosted some special “Eye on Our Community” specials. On CBS2 and ABC 7, it was the main anchor. Fortunately, she was the first Mexican-American to lead a Southern California English-language television station.

Diaz is 63 years old since February 2021. It was born on February 16, 1958, σε Santa Paula, California. Laura celebrates her birthday on February 16 every year. Her zodiac sign is Aquarius.

Diaz was born to Santa Paula in the United States and is a first-generation American. Laura owns one American citizenship and it is white of nationality. Her family moved to the Santa Clarita Valley where she grew up from the age of four. Unfortunately, information about her parents and siblings will be published as soon as it is available.

Diaz graduated from Hart High School before moving to San Luis Obispo to attend the California Polytechnic State University, where she earned a Bachelor of Arts degree in English.

Diaz is married, although information about her husband has not yet been revealed. However, the couple is blessed with two children: a boy named Νας and a girl named Nora.

Diaz is about the same height 5 feet 8 inches tall in relation to 1.73m.

Diaz began her professional career at KSBY in San Luis Obispo before moving to work at KFSN in Fresno. In 1983, he returned to Southern California as a KABC-TV reporter at the station’s office in Orange County. On KABC-TV he covered several important stories such as the 1986 Los Angeles Central Library, the 1992 Los Angeles riots and the 1994 Norrzeiger earthquake.

In addition, in 1985, Laura started working as a weekend anchor. After three years, KABC-TV started embracing the weekend TV show at 18:00. Fortunately, he named it anchor in 1997, for the news stations at 5 p.m. and 11 p.m., this made her the first Spanish woman anchor on an English-language television station in Los Angeles.

In September 2002, Diaz joined KCBS-TV as a co-anchor of CBS 2 News at 5 p.m. and 11 p.m. with Harold Greene. In addition, he was one of the original hosts of the groundbreaking Vista LA on KABC-TV, one of the first public affairs programs in Southern California to serve an English-speaking Latino audience in the area. The program twice won the coveted Imagen Award for being a co-organizer. In addition, while working on Vista LA, he won three local Emmy Awards. In August 2011, it won a third Imagen Award for Best Local News Program when Eye on Our Community was selected.

Finally, she participated in the FOX LA weekend news with Susan Hirasuna in May 2012.

Diaz has an estimated net worth $ 2.5 million.