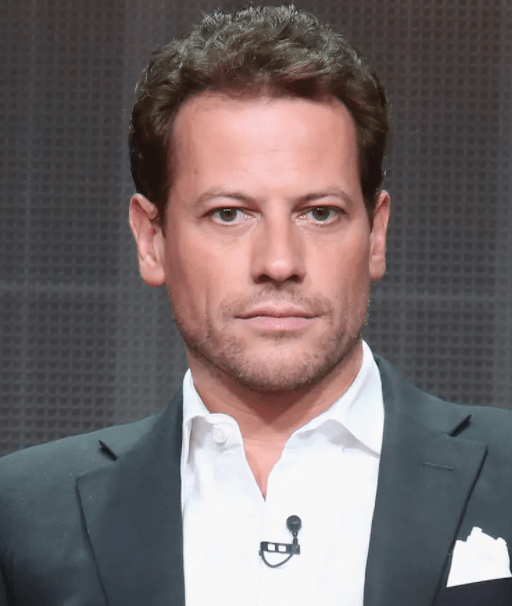 Ioan Gruffudd is a Welsh actor, best known as Fifth Officer Harold Lowe in Titanic (1997) and then for starring Horatio Hornblower in the 1998-2003 television series. He also appeared in a music video with Claudia Schiffer for Westlife’s version of “Uptown Girl”. As a teenager, he made his first television appearance in 1986 as Dafydd in the television series “Austin”. Ioan first appeared as John Gray in the 1997 biographical film Wilde. His other notable film projects include “Mariah Mundi and the Midas Box”, “Fantastic 4”, “Amazing Grace” and “King Arthur”. In addition to the big screen, he also worked on the small screens. He is best known as Andrew Martin in the TV series “Ringer”, as Dr. Henry Morgan in the drama “Forever” and as John Booth in the series “Unreal”. Ioan is also a voice actor who has voiced a handful of television shows including Justice League Unlimited, Batman: The Brave and the Bold, and Ben 10: Alien Force. In 2020 he could be seen as Peter in the movie “Ava”.

What is Ioan Gruffudd famous for?

Where does Ioan Gruffudd come from?

Ioan Gruffudd was born on October 6, 1973 in Aberdare, Wales. He is Welsh by nationality and Welsh White by ethnicity. Likewise, his religion is Christian and his race is white. Ioan celebrated his 48th birthday in 2021 and according to his date of birth, his zodiac sign is Libra. Born of parents; Peter Gruffudd (father) and Gillian Gruffudd (mother) Ioan has two siblings named Alun Gruffudd (younger brother) and Siwan Gruffudd (younger sister).

When it comes to Ioan’s education, he attended three schools; Ysgol Gynradd Gymraeg Aberdar is based in Cwmdare, Ysgol Gymraeg Melin Gruffydd in Whitchurch, Cardiff, and Ysgol Gyfun Gymraeg Glantaf in Llandaff. Gruffudd has completed 8th grade of the ABRSM (Associated Board of the Royal Schools of Music) music exams.

Who is Ioan Gruffudd’s wife? His personal life, affairs and relationship

Ioan Gruffudd is a married and divorced actor. He recently confirmed a relationship with Bianca Wallace in October 2021 and currently lives in Los Angeles.

Previously, on September 14, 2007, he married the actress Alice Evans, whom he met during the production of “102 Dalmatians” while she was engaged to and lived with Olivier Picasso (a grandson of Pablo Picasso). The duo were also blessed with two children; Ella Betsi Janet (born September 6, 2009) and Elsie Marigold (born September 13, 2013).

Recently, in January 2021, Evans announced that they would divorce in March 2021. Her daughters were “confused and sad” by the news. Plus, his sexual orientation is straight forward.

Ioan Gruffudd has an estimated net worth of $ 5 million as of 2021, while his exact salary has not yet been released. His main sources of wealth are his acting career. He has appeared in numerous films and television shows to date. He also receives a sizeable salary from his career. From now on he lives a luxurious lifestyle.

Ioan Gruffudd is the perfect height of 181 cm or 1.81 m. His balanced weight is 174 lbs by 79 KG. He has a pair of dark brown eyes and his hair color is dark brown too. In addition, Ioan’s body type is athletic.