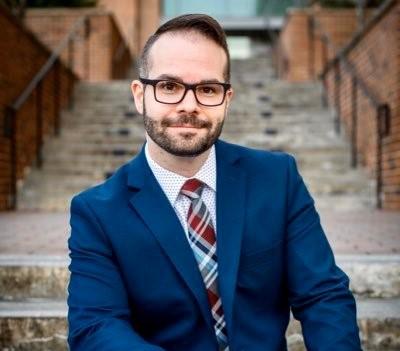 Gabe Ross is a well-known American meteorologist who currently works as the first weather forecaster for WECT since 2015. Initially, he worked behind the scenes as News Business Director, but later joined the First Alert Weather team in 2016.

Gabe is a second-generation broadcaster and former board member of Ohio Valley NATAS with credits in East Central and Southeastern Ohio for reporting, hosting, forecasting, directing, production and other production duties.

He previously worked for PBS / NPR’s alma mater subsidiary at Ohio State University, where he worked with students interested in journalism, meteorology and sports.

Gabe works in a variety of off-the-job ventures, including independent production, announcing pro-wrestling shows and hosting special events, while pursuing his dream job of hosting a toy show. He also enjoys spending his free time with friends in and around the city, enjoying the wonderful countryside, wine tastings and excellent cuisine that the area has to offer.

Rose is probably in her 30s. However, he has not revealed his exact age and date of birth. So it is not clear when he celebrates his birthday. We promise to let you know as soon as the information is available in the public domain.

The wife of Gabe Rose

Rose is very secretive when it comes to his personal life. In this regard, he has not revealed whether he is free, whether he is engaged or married. We promise to update this section as soon as we receive authentic information about his marital status.

Rose is quite private about his personal life, so he has not revealed his parents and siblings. However, we promise to let you know as soon as the details are available.

Rose is located in an approximate height of 5 feet 8 inches high.

Rose has an estimated net value between $ 2 million – $ 5 million. His income is mainly earned from his successful career as a broadcast meteorologist.

Ross worked as a ring announcer for the United Professional Wrestling Association. Announce matches, conditions and upcoming events from this location. In order to develop the wrestling aspect, he also did interviews in the ring.

Gabe has previously served as a news editor and technical director at WOUB. In addition, he serves as a temporary assistant news director. He was responsible for the training and development of Radio Journalism at this location.

Ross worked as a Production Assistant for PRIME Wrestling Freelance, which is remarkable. He also helped set up and videotape a monthly PRIME Wrestling TV cassette shown at FOX Sports Time Ohio.

Gabe previously worked as a weather presenter for the weekend and as a general affairs reporter for WHIZ. On the weekends and as a supplement for the chief meteorologist, he often forecast the weather for Southeast Ohio.