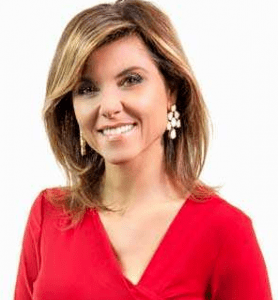 You should know this about Maria Stefano, an American news anchor and journalist who currently works for WCVB News as a co-founder of News Center 5 at 6, 7, and 11 p.m. He is also a news anchor on The 10 O’clock news on MeTV Boston.

Stefanos was born in 1964 in Groveland, Massachusetts, United States.

Stefanos is the wife of Dale Stefanos and the parent of two children. Little is known about her parents, there are also no details about his siblings, so this information will be updated as soon as it is available.

Stefanos is married to her husband Dale Stefanos. The couple is blessed with two children.

Stefanos receives an average annual salary of $ 700.5 thousand. This is in line with the salaries of WCVB News anchors / journalists.

Stefanos has an estimated net worth of $ 2 million. Her career as a news anchor is her main source of income.

He graduated from Emerson College in Boston, where he received a Bachelor’s and Master’s degree in Mass Communication.

Stefanos is an American journalist and journalist who currently works for WCVB News as a co-founder of News Center 5 at 6, 7 and 11 p.m. He is also a news anchor on The 10 O’clock news on MeTV Boston. He collaborates with Ed Harding and chief meteorologist Harvey Leonard.

He also worked for Boston WFXT-TV, where he was a news anchor and journalist for nearly eighteen years. Prior to WFXT News, he worked as a journalist for WJAR-TV in Providence, RI.

She also began her career as a Statehouse reporter working for several local stations, including WBUR in Boston. He has also reported for various NPR and WCBS Radio and WABC Radio stations in New York.