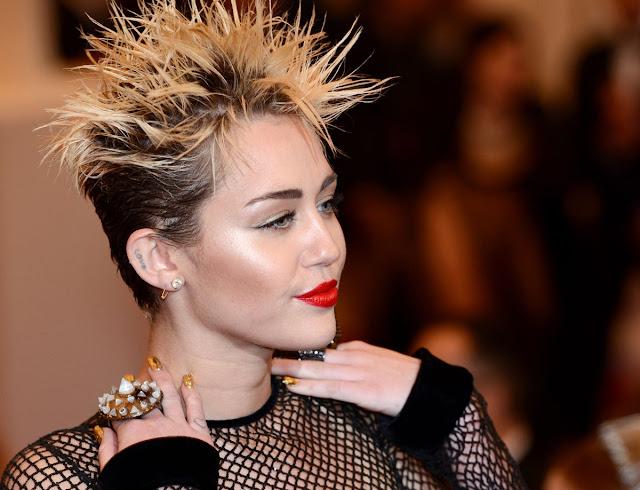 They had high hopes for their bouncing baby girl, which is why they decided to name her Destiny Hope Cyrus. 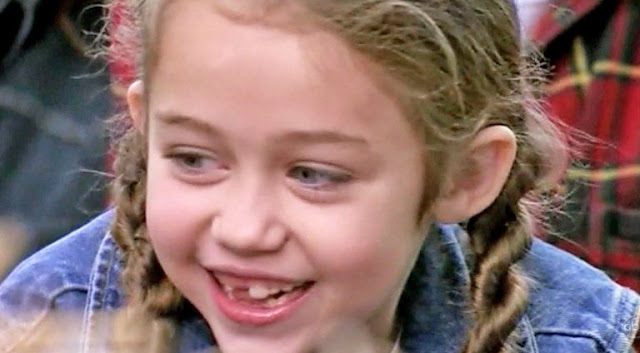 Soon after, Billy Ray started calling his baby girl “Smiley” because she was constantly smiling. Somewhere along the way, “Smiley” was shortened to “Miley” and the name stuck.

So much so in fact that the girl who was called Destiny Hope at birth legally changed her name to Miley Ray when she was only 15 years old.

Although Miley changed her name, she still enjoyed the success that her parents always thought she was destined for. As a young girl, she was cast for the lead role of a Disney Channel show called Hannah Montana, and her life was changed forever.

The role propelled her to instant stardom as an actress and singer, making Miley one of the most successful child stars in history. 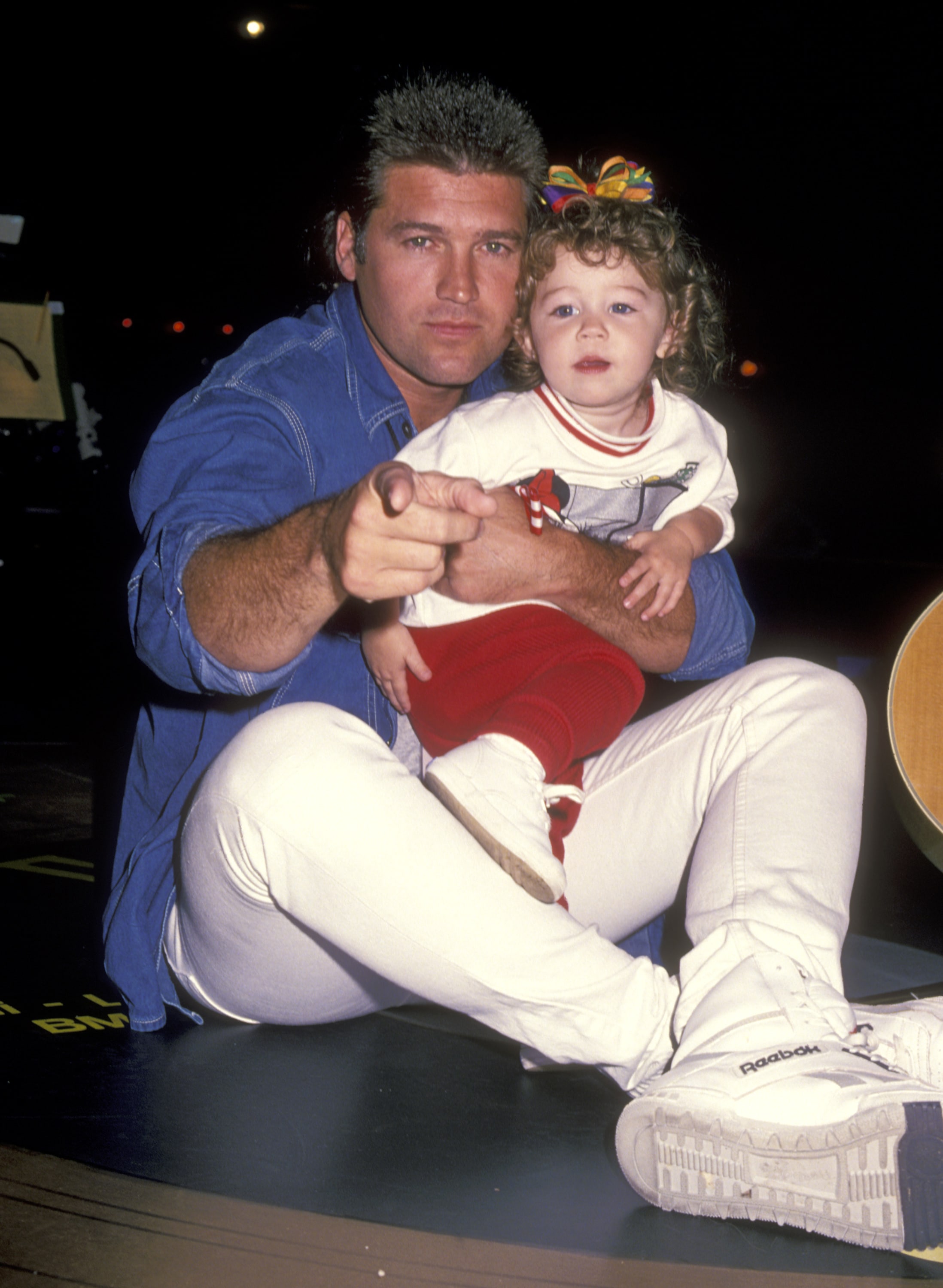 As an adult, Miley distanced herself from her image of Hannah Montana and worked tirelessly to develop her own musical style. This work resulted in hits such as “Wrecking Ball” and “Can’t Be Tamed”.

At the age of 24, she was the youngest coach to appear on The Voice and offered her wisdom to emerging artists.

Often in the center of media attention, it seems everything about Miley is known to the world. But there are a few lesser-known facts about Miley that we’re sure you’ve never heard of before.

SHE WAS BORN WITH A HEART DISEASE

In her Miles to Go autobiography, Miley explained that she was born with heart disease. Called supraventricular tachycardia, the disease is caused by “problems with the electrical connection between the atria and the ventricles,” according to the National Heart, Lung, and Blood Institute.

READ:  Hailey Bieber Swapped Her Naked Dress for the Most Chaotic Pair of Pants Following the MTV VMAs 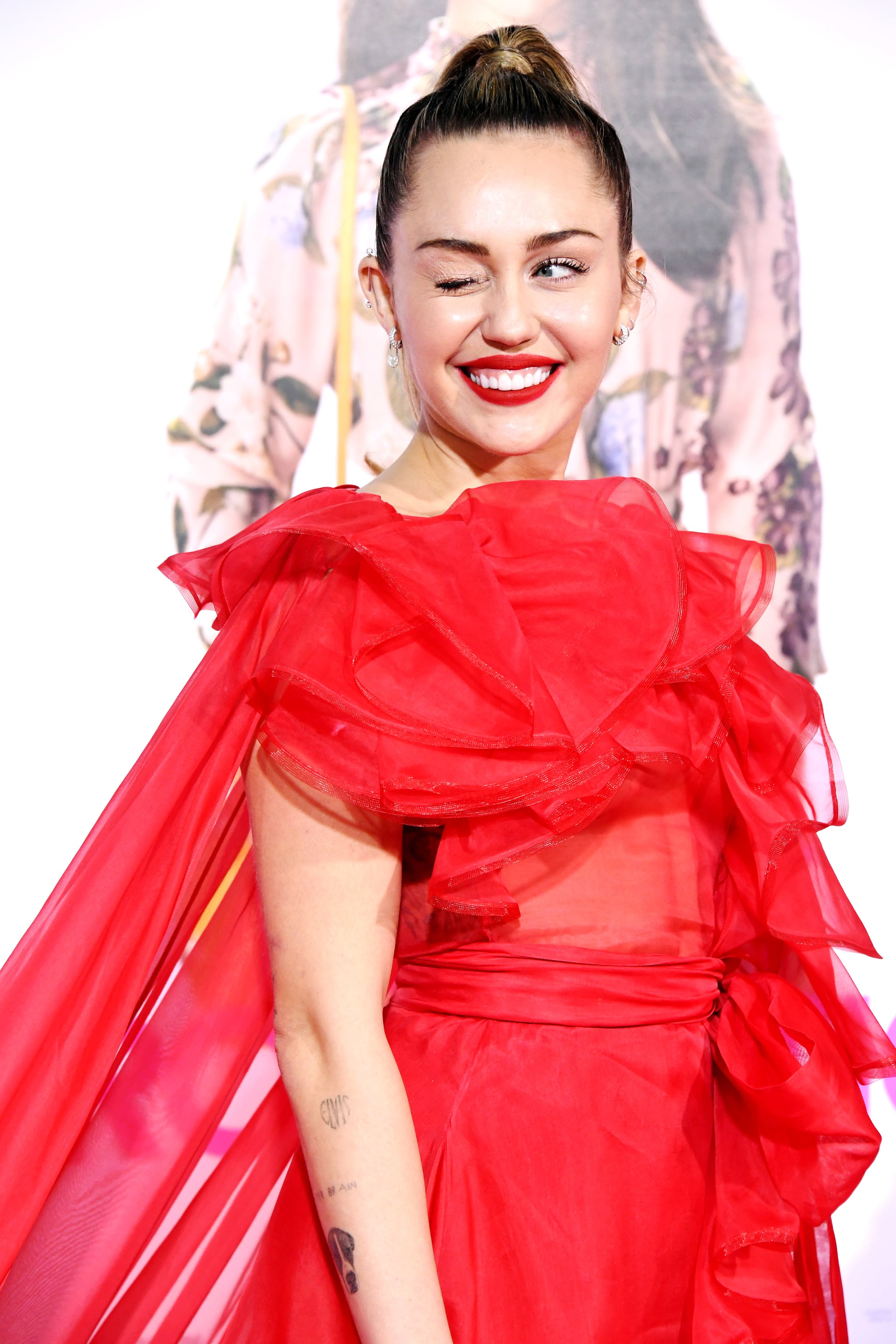 Fortunately, the illness is not serious and Miley has been able to lead a normal life. Miley wrote in her autobiography that while the condition isn’t painful, she still worries about it.

“There’s never a moment on stage when I don’t think about my heart,” she said.

SHE HAD HER FIRST INTERVIEW WHEN SHE WAS 2 YEARS OLD

Having a famous father, Miley was in the spotlight from a young age. But did you know that she had her first interview on camera when she was only two years old?

Well, the interview was actually for Billy Ray, but Miley ended up crushing him and became the star of the show.

In an adorable moment, Miley came in waddling with her little stroller and her most precious possession… her Willie Nelson doll! 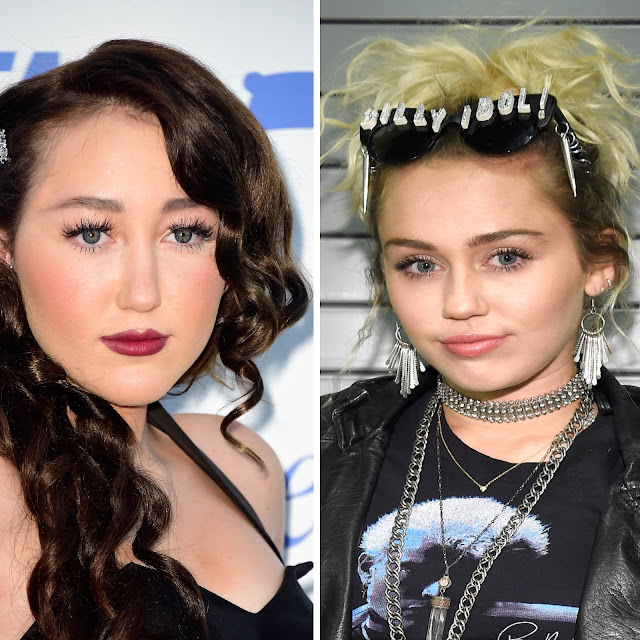 Billy Ray explained that he intended to give the Willie doll to his mother as a gift. But Miley fell in love with him and took him everywhere with her! How cute?

SHE WAS (CURRENTLY) EXPIRED FROM SCHOOL

It is not uncommon for young children to be detained or even suspended after acting in school. But according to Miley, she was actually kicked out of school after doing one of the following two things.

Apparently, Miley had big problems after stealing her teacher’s motorized scooter or telling her classmates what the French kiss was. 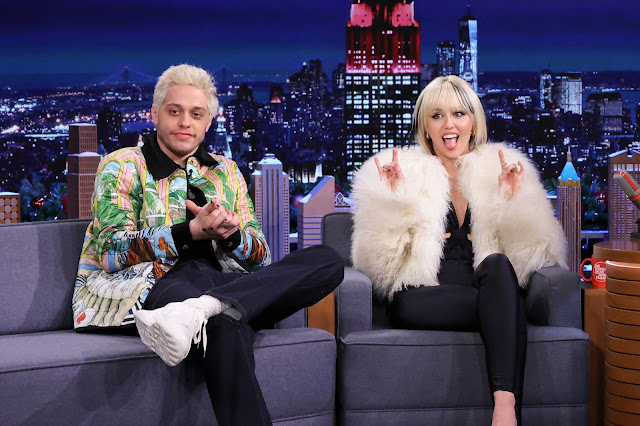 These are surprisingly different reasons for being kicked out of school!

HER FIRST JOB WAS ONE YOU LIKELY NEVER WANT

Most children’s first job is babysitting or collecting leaves for neighbors. But Miley’s first job was an unusual job that no one else probably would ever want.

As Billy Ray was on tour all the time, young Miley often accompanied him. Since she needed something to do, she was tasked with picking up all the fans of the thing thrown on stage at her father. 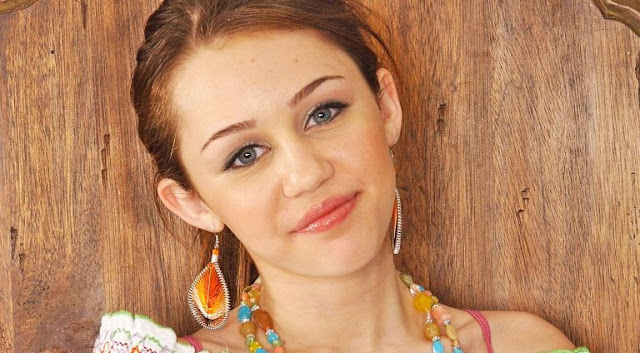 While Miley surely had to pick up her fair share of flowers, teddy bears, and other trinkets, she also had to pick up any bras and / or panties the women threw at Billy Ray. And people say it’s easy to be a celebrity’s child!

SHE BLAMES HER FATHER FOR HIS BAD WRITING

If you’re ever lucky enough to get Miley’s autograph, she’ll likely apologize to you for her terrible handwriting.

It is also likely that she will blame her father for it, as she has done several times in the past. See, Miley was born left-handed, but Billy Ray convinced her to move on to right-hand domination.

In the introduction to her autobiography, Miley wrote that while Billy Ray is also left-handed, he is “absolutely convinced” that she should be right-handed. 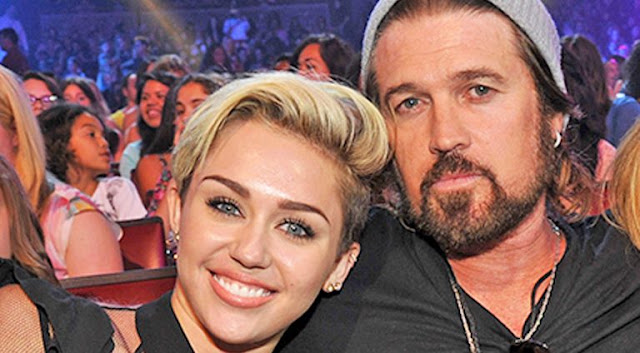 As a result, he taught her to use her right hand to write because he didn’t want her to “learn the word backwards.”

Miley revealed that she uses her left hand for everything else, but to this day she only writes with her right hand.

A POPULAR MUSIC INSPIRED HER TO BECOME AN ACTRESS

Musicals combine the arts of theater and music into one, and the result is often spectacular. This was the case with the Tony-nominated musical Mama Mia !, which remains popular in large part thanks to the 2008 film adaptation.

A big fan of Mama Mia! was a young Miley, who cites the musical as her inspiration to pursue an acting career. 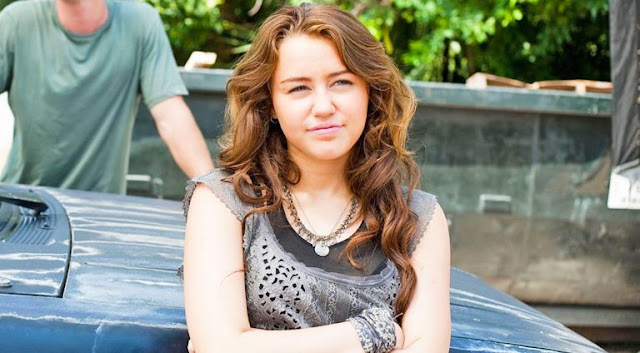 As Billy Ray reminded The Star during an interview in 2009, after taking Miley to a Mama Mia production! in 2001, she turned to him and talked to him

SHE WAS ALMOST NOT HANNAH MONTANA

We all know Miley’s starring role was in the Disney Channel series Hannah Montana, in which she starred. But did you know that the role was almost not his?

A number of factors combined almost prevented Miley from landing the role that propelled her to stardom. As Miley wrote in her autobiography, she never intended to star in the first place.

Instead, she auditioned for Hannah’s best friend, but the people behind the show wanted her to audition for Hannah instead. 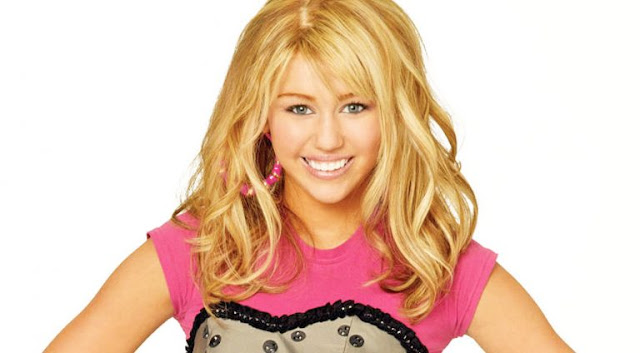 However, when Miley auditioned, she was turned down because casting officials felt she was “too young and too short” for the role.

As Miley later told E! During a special about her, the series was finally convinced to cast her because of her talents as a singer and actress. The rest is history!

ANOTHER VOICE COACH IS ONE OF HIS BIGGEST RLE MODELS

Although Miley and Pharrell Williams have never coached on The Voice together, the two still have a strong working relationship.

That’s because Pharrell teamed up with Miley to help her create the new sound she wanted for her fourth studio album, Bangerz. 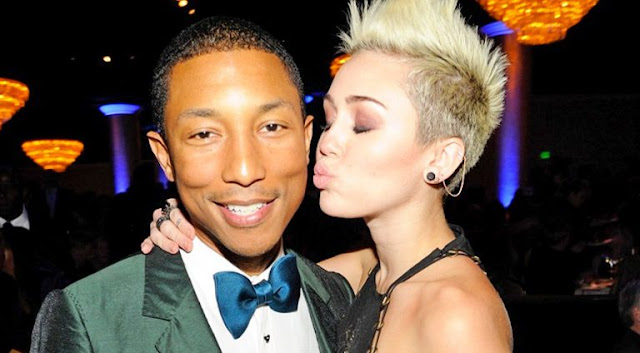 Miley made it clear how much she loved Pharrell, telling People, “I’ve never been so grateful to someone in my life.”

Her admiration for her vocal coach colleague is so great, that she said she “wants to[s] be like ”him.

SHE HAS AN UNUSUAL GROUP OF PETS

Most people know that Miley is an avid animal lover. She has an entire pack of pets that she has rescued over the years, including her current litter of seven dogs. 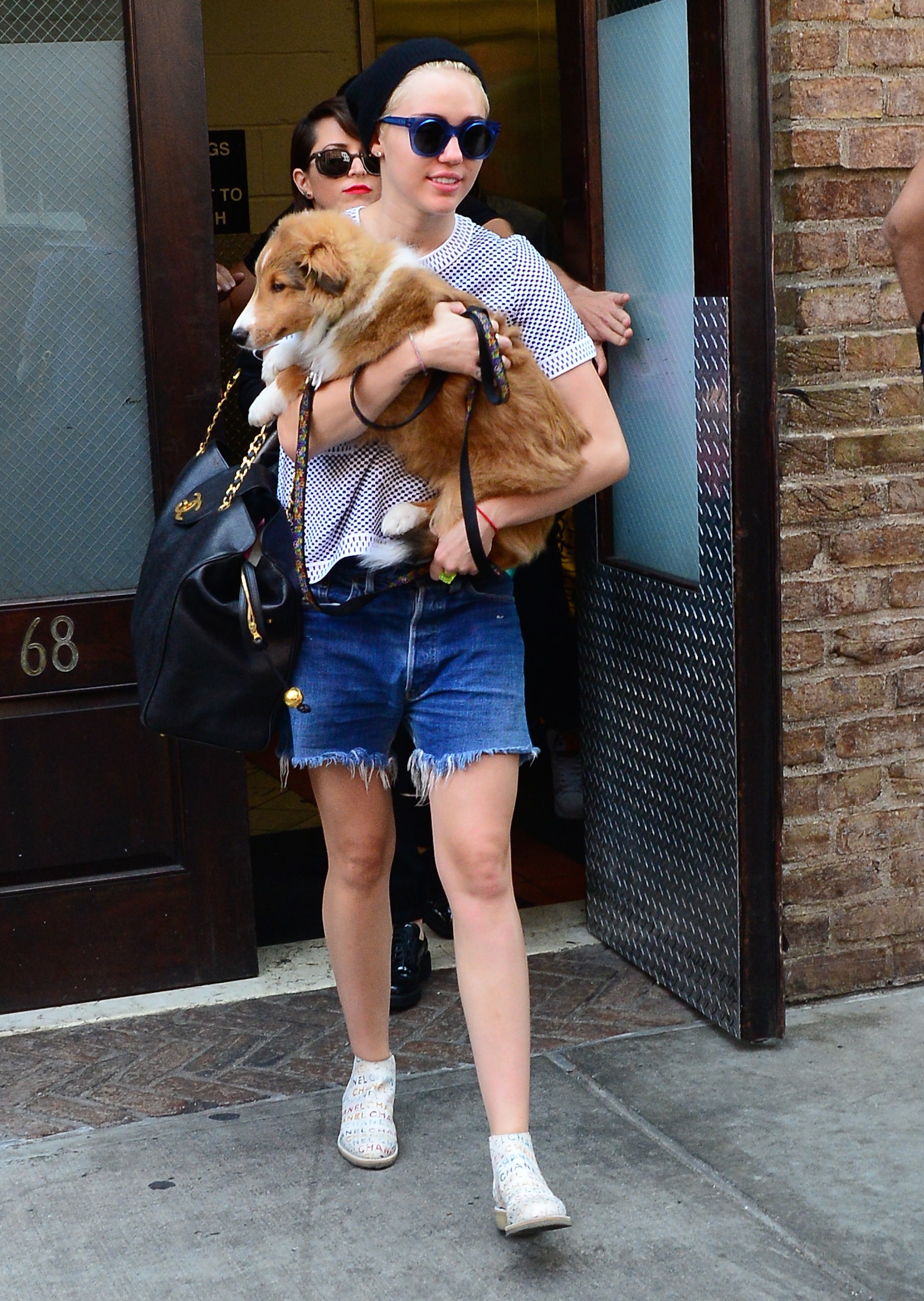 In addition to her canine companions, Miley also has a handful of cats. But some of his other pets are much less common!

During a special online segment only for The Voice, Miley revealed that she is the proud owner of a pair of pigs. Named Pig Pig and Puddles, Miley says her two pet pigs are like her because they will do absolutely anything for food. 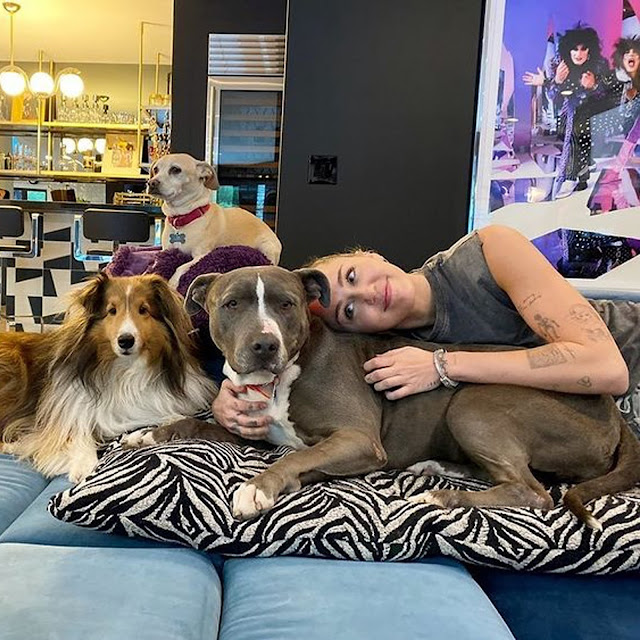 But Miley’s pigs aren’t her only unusual pets! She also owns two mini horses named Pumpkin and Dumplin, but she said they were sometimes called Jerry and Freddy.