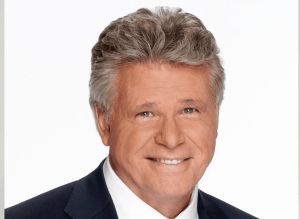 This is what you need to know about Charles Robert Henry known as Chuck Henry. He is an American journalist and co-anchor of TV shows at 5, 6 and 11 p.m. on KNBC-TV. Prior to joining KNBC, Henry worked for 19 years at KABC-TV, where he served as a journalist, anchor, director and producer.

Henry is a member of The Church of Jesus Christ of Latter-day Saints. He had spent several years as a teacher at his Sunday school.

Is Chuck Henry married? Henry is married to his wife Kay Henry. The couple are high school sweethearts and then tied the knot in the Hawaiian Temple.

Henry and his wife Kay Henry are the parents of their four children. However, little is known about the names of the children and their date of birth.

Henry receives an average annual salary of $ 400,000 for his position as an anchor in KNBC-TV

Henry has a net worth of $ 3 million. His career as an anchor is his main source of income.

He then began his first term on KABC-TV in October 1971. Henry started as a morning anchor before moving to the weekends. By the spring of 1974, he was promoted to anchor at 5 p.m. Eyewitness News, collaborating with Christine Lund and Jerry Dunphy.

From August 1978 to March 1982, Henry then served as an anchor journalist at WMAQ-TV, the NBC-owned television station in Chicago. Henry returned to KABC in April 1982 and would work primarily as an anchor / weekend journalist among other skills.

In January 1994, he joined the KNBC staff (a few days after his 48th birthday), replacing John Beard as a news anchor at 4pm and as a journalist. Henry replaced Jesse Marlowe in 1997 on the television newscast at 6 p.m., which he continues to do every night except for the newscasts at 5 and 11 p.m. after the retirement of Paul Moyer.

In October 2003, Henry gained national attention when he and his cameraman were almost killed in the field while shooting a report on forest fires in California. Although reporters reported leaving the fire department, a sudden change in wind direction prevented Henry from doing so. Their truck was flooded and lost to fire and the team had to be rescued by the LAFD.