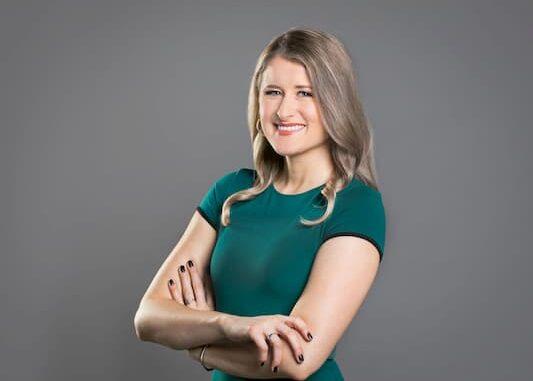 Brenna Kelly is an American journalist, anchor and journalist currently working as a reporter for KPTV FOX 12, Oregon. In March 2017, on a scholarship from the Darrell Barton Foundation to attend the NPPA News weekly video lab in Norman, Oklahoma, Brenna was honored for her contribution to multimedia journalism.

Brena was born and raised in San Diego, California, United States of America. However, no information is available on when she was born and celebrating her birthday. Her details will be updated as soon as it is publicly confirmed.

Kelly was born and raised in San Diego, California. However, information about her parents and siblings is not yet available. It will be updated as soon as possible.

Kelly is an American journalist, anchor and approximate journalist net worth $ 1 million.

Kelly is a reporter for FOX 12, which you will find now and then in your community completing it as a women’s band (get to know the case if you see her in your nearby cafe!). Brena regularly shoots her own videos, creates and changes her own accounts.

Brenna started her career in Bangor, Maine, at WABI. During that time there, Brena covered two presidential rivals during the 2016 political decision, a top-down arrangement for police trainers for veterans living with severe PTSD, the state’s many winter Nor’easters who landed up to two feet extra day in the cities of Maine and the summer vacations of Vacationland, which included lobster races.

In March 2017, Brenna was honored for her dedication to multimedia news with a grant from the Darrell Barton Foundation to attend the NPPA Weekly News Video Workshop in Norman, Oklahoma. While in college, he made a backpacking news coverage trip to Cuba, where he presented the country’s unparalleled enjoyment of baseball. In 2015, Brena received a NATAS Northwest College Emmy Award for her report to the University of Washington Center for Wine Science. In her spare time, Brenna wants to explore the Portland dining and coffee scene, try new exercise classes (let her know about your top choice!) And hang out at the dog-friendly leisure center.