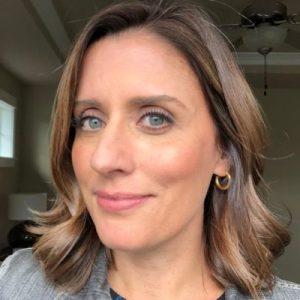 What You Need To Know About Angelica Thornton is an American news anchor. She is known for her reports on KATU News This Morning from 4:30 a.m. until 7 a.m.

Thornton did not disclose details about her date of birth and age. We will update this information as soon as it is available.

Thornton is a woman of medium size and shape, however she has not revealed details about her height. We will update this information as soon as it is available.

Thornton has not revealed details about her family, it is unknown if she has siblings or parents. We will update this information as soon as it is available.

Thornton is married to Bill, whose husband is a professor of political science at the University of Portland. The couple has two sons together.

Thornton did not disclose details of her salary. We will update this information as soon as it is available.

Thornton did not disclose details about its net worth. We will update this information as soon as it is available.

From 4:30 a.m. by 7 a.m., Thornton is counting on KATU News This Morning. He previously worked as a reporter for the WCVB in Boston, where he covered news and was a reporter for the Patriots All Access, a weekly sports show. From 2003 to 2006, Thornton worked as a news anchor and journalist for the WFXT in Boston. He mentioned live from the 2004 Democratic National Convention, the Super Bowl, the spectacular Red Sox run at the 2004 World Series, and the historic Massachusetts gay referendum, in addition to his duties as a morning anchor for the weekend station.

Thornton worked for WNCN in Raleigh, North Carolina, as a journalist and anchor from 1999 to 2003, covering everything from the opening of tobacco markets to many major hurricanes, including Hurricane Floyd, a Category 4 hurricane that struck in East Seaboard in 1999. At the start of the Iraq war, Angelica also reported live from military bases in North Carolina. Thornton started her career as an anchor and journalist at KECI in Missoula, Montana and is excited to be back in the Northwest!

KATU is an ABC-affiliated television station licensed in Portland, Oregon, United States. Sinclair Broadcast Group owns the station as part of a duopoly with subsidiary Univision under license from La Grande, KUNP.