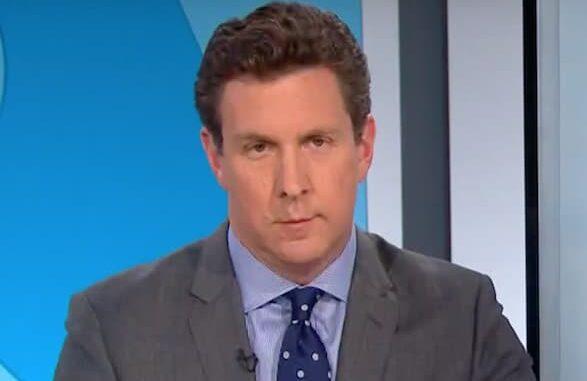 William Brangham is an Emmy Award-winning journalist who is currently a correspondent for PBS NewsHour. Prior to this role, William worked as a producer on many other television programs for PBS. In his journalistic career, Brangham has won a Peabody Award in 2015 and an Emmy News & Documentary Award in 2017.

William attended Colorado College where he studied English Language and Literature from 1986 to 1990. He later graduated with a Bachelor of Arts.

Brangham began his career as an assistant researcher and later as a co-producer and field producer for a number of Bill Moyers documentaries and series. In addition, he has worked on a variety of documentaries and works for ABC News, National Geographic’s Explorer series, various episodes of PBS Frontline (1995-1996), and the New York Times Science Times (2001) documentary series.

Brangham returned to Moyer’s production company for PBS Magazine Now. In the production, William shot, wrote and produced dozens of stories and interviews for six years. After that, he worked as a producer on the Bill Moyers Journal, after its revival in 2007. In addition, he joined the show of PBS Need to Know magazine after the previous program aired in 2010.

William worked as a producer, cameraman and occasional correspondent for Need to Know throughout his career. In addition, he served as an assistant professor at Columbia Graduate School of Journalism for one year.

In June 2013, Brangham joined PBS NewsHour’s weekend edition as a producer, correspondent and occasional replacement presenter. In this position, William referred to all of the United States and abroad, including Germany, Denmark, France, and Iran.

Brangham then left New York in May 2015 to join PBS NewsHour in Washington DC as a correspondent, covering general events, conducting studio interviews and occasionally appearing as a program presenter.

For his report on the Syrian refugee crisis in Europe, William’s program was mentioned for NewsHour’s 2015 Peabody Award. In October 2017, the PBS NewsHour six-part series “The End of AIDS?”, Of which Brangham was the correspondent, won an Emmy News & Documentary Award in the category of “Outstanding Science, Medicine and Environment Exhibition”. The series also received many other awards, including the National Academies Communication Award in the “Movie / Radio / Television” category.

Brangham is about 53 years old from 2021, born in 1968, in Washington, DC, United States. It is not yet known when he will celebrate his birthday.

Brangham is married to his wife Tory Brangham. The couple is blessed with two sons and a daughter and live together in the Washington, DC area.

The height of Brangham is not known until today. However, we will let you know as soon as it is available.

Brangham receives an annual salary of $ 74,950 from his employer. This number is calculated based on the average salary of a news correspondent in a private company.