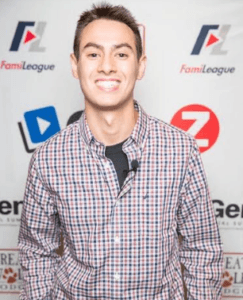 Tyler Boronski is a YouTube celebrity interviewer. Boronski began his career in minor baseball by interviewing a variety of professional baseball players. His work has brought him to the main media such as ESPN, NBC Sports and SB Nation. However, in the past two years, Boronski has expanded its media coverage to the entertainment world, including celebrities and YouTubers / Social Media Influencers. When he’s not reporting at events, you can see him playing in projects like Netflix’s Stranger Things (season 3), FX’s Atlanta (season 2), and The Adventures of Penny Patterson.