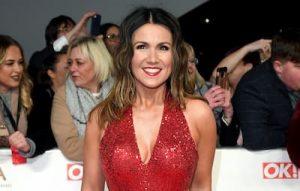 This is what you need to know about Susanna Reid, an English TV presenter and journalist. She is known as co-presenter of BBC Breakfast from 2003 to 2014.

Reid was born on December 10, 1970 in Croydon, London. She is currently 50 years old from 2020. Reid celebrates her birthday on December 10 each year.

Reed is a woman of average size and shape at a height of 1.63 meters.

Reed was born to a father who was a management consultant and a mother who is a nurse. Her parents divorced when she was 9 years old.

Reed is not married, but she married Dominic Cotton, who was a sports correspondent. They divorced after 16 years together, they have three sons together.

Reid did not disclose details of her salary. We will update this information as soon as it is available.

Reid has an estimated net worth of between $ 1 million and $ 5 million.

Reid began her career as a journalist and producer on BBC Radio Bristol before moving on to Radio 5 Live as a journalist and producer. He then worked as a correspondent for BBC News 24 for two years. Reid became a stand-in presenter for an hour after the presenter at 23:00 failed to come one night, which turned into a regular role. Reid was a regular at BBC Breakfast, co-hosting with Bill Turnbull every Monday, Tuesday and Wednesday and previously on Fridays, Saturdays and Sundays with Charlie Stayt. He has been the main presenter since 2012, when he took over Sian Williams.

Reed took a break from hosting Breakfast on Saturdays and Sundays in 2010 to work on a new show called Sunday Morning Live. He returned to the weekend presenting responsibilities at BBC Breakfast two weeks after the last episode of the first series aired on November 21, 2010. Reid was also a regular news reader on The Andrew Marr Show during its headlines. He complemented Andrew Marr for the newspaper’s review on Sunday, May 16, 2010, after he was late for the show after an interview with new Prime Minister David Cameron.

After the review, Reid returned to Marr. Following Marr’s prolonged stroke due to a stroke in January 2013, Reid hosted the main show for the first time on March 10, 2013. Reid hosted the BBC live coverage of the 2009 Oscars from Los Angeles on February 22. 2009, as well as coverage of the 2010 Oscars on March 7. Reid won the Newsreader of the Year at the Television and Radio Industries Club’s annual awards in March 2014, a week after it was revealed she would be appearing on ITV. In 2015, he won the same award for the second time. Her alma’s institution, Cardiff University, awarded her an honorary scholarship in 2015.

Never before has the BBC been injured by a senior royal. It is also a bold move by Prince William to redraft his mother in 1995 #Panorama interview as a “false narrative”. pic.twitter.com/wd7EnvU635