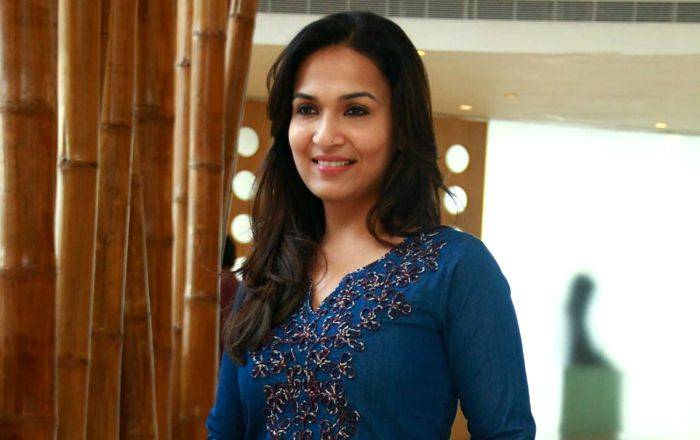 Soundarya Rajinikanth is an Indian graphic designer and director known for her works in the Tamil cinema industry. His first feature film Kochadaiiyaan was the first motion capture film in India, with his father Rajinikanth in the leading role. She has worked as a graphic designer in over a dozen films, particularly films featuring Rajinikanth.

She is of Marathi origin on her father's side and Tamil on her mother's side.

On September 3, 2010, at Rani Meyyammai Hall, Chennai, a sound node with an industrialist, Ashwin Ramkumar. The couple has a son together named Vedkrishna, born May 6, 2015. They filed for divorce in September 2016 by mutual consent due to irreconcilable differences that were finalized in July 2017.

His essential statistics can be –

In 1999, Soundarya Rajinikanth was featured as a graphic designer in her father's film Padayappa, where she designed the film's skit.

In 2010, she embarked on film production with the film Goa, directed by Venkat Prabhu.

In 2014, she began as a director with the film Kochadaiiyaan, the first motion capture film in India, starring Rajinikanth in the lead role.

She has not yet appeared on a TV show.

Known to direct the films, Kochadaiiyaan and Velaiilla Pattadhari 2 (VIP2).

Its net worth is unavailable at the moment.

In 2007, she signed an agreement with Warner Bros Entertainment for a partnership in the production and distribution of Tamil films.

His first directorial project was to be Sultan: The Warrior, a 3D animated film starring his father Rajinikanth, but for unknown reasons, the film was abandoned.

With Kochadaiiyaan, Soundarya became the first woman to direct Rajinikanth (his father) in a feature film.

She was rewarded for her "Technical Innovation in Cinema" at the NDTV Award of the Indian of the Year 2014.