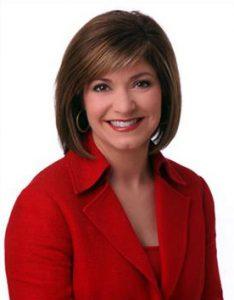 This is something you need to know about Robin Wilhoit, an American journalist and journalist for WBIR-TV. He previously served as a journalist on WJHL-TV.

Wilhoit was born on May 1 in North Carolina. Details about her age and month of birth are unknown. We will update this information as soon as it is available.

Wilhoit is a woman of medium size and shape who is 5 feet 8 inches tall.

Wilhoit was born and raised in North Carolina, but has not revealed details about her family. We will update this information as soon as it is available.

Wilhoit is married to Brent Wilhoit. They have two children together Brandon and Katherine. The family lives in Tennessee.

He studied at the University of California where he graduated with a degree in journalism in 1990.

Wilhoit hosts 10News’s NightNat on Five, Six and 10News on weekdays. He joined the WBIR news crew in 1992 as a journalist and weekend anchor and was later promoted to anchor the Morning News anchors. Then, in 1998, Wilhoit was invited to work in the Channel 10 news bureau alongside longtime anchor Bill Williams. That same year, he helped launch the Buddy Check 10 breast cancer awareness program.

WBIR-TV is a licensed television station affiliated with NBC in Knoxville, Tennessee, which broadcasts VHF 10. Virtual and digital channels. is the owner of the station. WBIR-TV Studios is located on Bill Williams Avenue in the Belle Morris area of ​​Knoxville. WBIR-TV began broadcasting as a CBS Partner on August 12, 1956, displacing WTVK as a CBS Partner. The station was also built in the late 1950s. Jesse W. is responsible for the station’s calling letters. WBIR Radio was released in 1941 by “Jay” Birdwell, who sold the station to the Nunns in 1944.