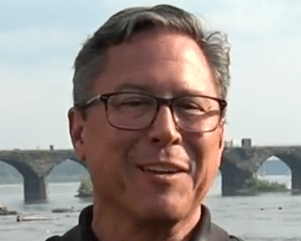 You should know this for Robb Hanrahan, an American television journalist currently working as a newscaster for WHP-TV, a subsidiary of CBS in Harrisburg, Pennsylvania.

Hanrahan is married to his wife Stacey. Stacey is a licensed sailor who holds a Master / Mate (captain) license of fifty tons of United States Coast Guard.

Hanrahan receives an average annual salary of $ 48,400. This is according to the annual average salary of a journalist / journalist at WHP-TV.

Prior to joining WHP, Hanrahan worked for WFOR-TV, a station owned and operated by CBS in Miami, Florida, as a co-anchor with Maggie Rodriguez for four years.

Between 1996 and 2003, he was an anchor on WABC-TV in New York. He became a member of the station as a co-anchor for the morning and afternoon of Eyewitness News, where Hanrahan worked with Nancy Loo. By the end of 1997, he had been promoted to replace Greg Hurst as Roz Abrams’ co-anchor on the WABC television channel at 5:00 p.m. and stayed there for the next few years.

During this time, Hanrahhan was part of a second revision of the morning television station. He and Lori Stokes were named to replace Loo and David Ushery as morning anchors, although Hanrahan did not attend the newscast this afternoon. Towards the end of his WABC season, the station suffered another setback and was replaced by Diana Williams in the early evening shows. Hanrahan moved to Ankara only on weekends until the end of his contract.

Hanrahan was on WSVN-TV in Miami before joining WABC. Prior to Miami, he worked at Harrisburg’s WHTM-TV and began his career at KODE-TV in Joplin, Missouri.