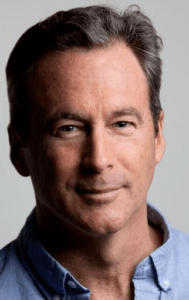 Nick Gregory is an American journalist currently working as chief meteorologist at WNYW-FOX 5, a Fox-owned television station based in New York City. He forecasts the weather every weekday on the FOX 5 Newscasts at 5, 6 and 10 p.m.

In December 1986, Nick joined the news station. Gregory on December 26, 2016 celebrated his 30th anniversary at Fox 5 News. Before joining FOX 5 News in New York, he served as CNN’s morning meteorologist in Atlanta, Georgia.

Grigorios stands at an average height of 1.88 m.

Nick was born to his caring and loving parents in New Rochelle, New York. However, he has not revealed any information about his parents and siblings.

Nick is married to his beautiful wife Athena. The duo has three children, Arianna, Valia and Anastasia. The adorable family resides in New Rochelle, New York.

Nick receives an annual salary of $81,735 per year. This is according to Fox 5 News anchor/reporter salaries.

Gregory has an estimated net worth between $1 million and $5 million as of 2021.

Nick Gregory is an American journalist currently working as chief meteorologist at WNYW-FOX 5, a Fox owned and operated television station in New York City. Prior to joining Fox 5 News, she served as morning anchor for CNN in Atlanta, Georgia. Prior to CNN, Gregory served as a meteorologist for WTLV-Channel 12 (ABC) in Jacksonville, Florida.

During his career, Nick has been honored with various awards. Grigoris has served on the Board of Broadcast Meteorology of the American Meteorological Society and in 1992 was Chairman of the Board of Directors. Additionally, for excellence in Television Weathercasting, Gregory has received the AMS Seal of Approval.

Grigoris is a certified flight instructor and pilot for 22 years. He is the aviation expert on any aviation story on Fox 5 News. Additionally, Nick flies missions for Angel Flight, a non-profit organization that provides free transportation to financially needy families and patients to and from their medical treatments.