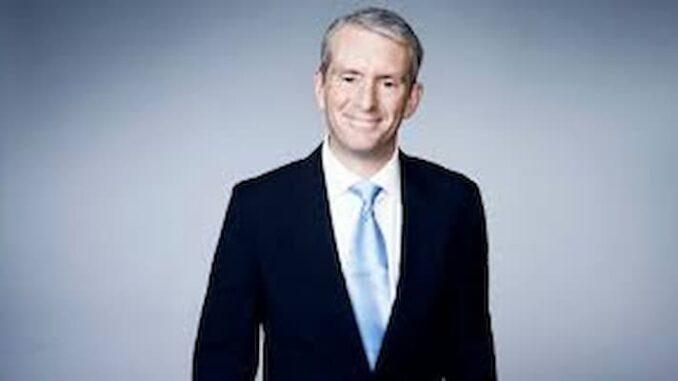 Nic Robertson is an award-winning American journalist and International Diplomatic Writer working for CNN. As a result of his experience and talents, he is known as one of the best correspondents in journalism.

Robertson works for CNN London. He is known for covering events such as the Iraq war and the Arab Spring. Named Prix Bayeux TV War Correspondent of the Year in 2012.

Robertson is married to Margaret Lowrie Robertson, a former CNN reporter and Boston University graduate (1989-2002). The couple has two daughters and lives in London.

The average salary of a TV presenter is about $ 60k – $ 67k per year, according to published reports.

In 1984, Robertson began his journalistic career and joined CNN in 1990. Since then, he has been the international diplomatic publisher of the London office network. Robertson extensively reports on global terrorism, revolutions, armed conflicts, and a variety of other international news items about his work.

Since joining CNN, he has been featured in some of the biggest news in the world. In Syria, both inside and outside the region, he has written about the escalation of violence. It won the Prix Bayeux TV War Correspondent of the Year in 2012 and the New York Festival Award 2013 for its ongoing coverage of its remarkable story on CNN, Syria: Frontline Town-Zabadani.

A month later, for his famous documentary “The Untold Stories of the World: The Secrets of the Belfast Mission”, which revealed new, disturbing details about the relationship between Sinn Féin and the IRA, he also received the International Union Award. Press.

Robertson was also honored in 2012 with the Emmy and Peabody Awards along with his colleagues at CNN for his extensive analysis of the Arab Spring and its implications as it spread to the Middle East. He spoke on both sides of the war in Libya, interviewed the sons of Muammar Gaddafi, Saif al-Islam and Saadi Gadhafi, and was the first to report live after the NATO bombing of Gaddafi. The alleged rape survivor, Eman al-Obeidy, whose story of kidnapping, torture and rape by Gaddafi forces took over the world, was also interviewed.

Robertson secured the first Western Television interview with the Prince of the region in Bahrain, as well as live tear gas coverage in the aftermath of the clashes. He also had an exclusive first interview with Najib Mikati, then the new Prime Minister of Lebanon, as street crime broke out.

Robertson has worked in conflict zones in Afghanistan, the former Yugoslavia, Pakistan and the Middle East for more than 20 years, pioneering and winning insightful documentary and in-depth news awards. He told a wide range of stories and, after being assassinated by US naval seals in May 2011, was one of the first Western journalists to break into Osama bin Laden’s headquarters. He wrote from Norway about the horrific massacre of Anders Breivik. In Beirut, Lebanon, he was quoted as saying by Ground Zero, covering the Israel-Lebanon crisis in 2006.

Robertson was one of the few Western television journalists in Afghanistan at the time of the 9/11 attacks. During the war on terror, he reported from all over Afghanistan. For the Al-Qaeda educational video series “Terror on Tape”, it won the Royal Television Society Award. As a producer, Robertson covered the violent break-up of the former Yugoslavia earlier in his career. He has won many other accolades, including a duPont Award and two Overseas Press Club Awards. She was also voted Sexiest News Reporter by People magazine in 2001 and received many Emmys.