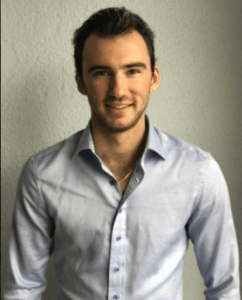 Josh macdonald is a Canadian entrepreneur and author of the published book, The Non-Technical Founder. To date, he has founded two acquired companies, SerpClix and Abella Eyewear.

He grew up in Turkey Point, Ont., A small yachting town in Canada, and got interested in business and outsourcing from an early age. Even before his teenage years, his parents remember trying to take on household chores and chores, then outsourcing the work to his sister.

JoshProfessional success began in high school, with a business called Keyword Scout. Keyword Scout was a keyword research tool used by thousands of marketing agencies. At the age of 16, the company was earning him 5 figures a month. Shortly later, he was banned from PayPal because he was under 18, which canceled all of his repeat customers.

After high school Josh began studying computer science at Queen’s University and transferred to the University of Toronto after his freshman year. While studying in Toronto, he founded SerpClix, a marketing SAAS. SerpClix quickly reaches 5 figures of monthly recurring revenue. In December 2017, he sold the company to a private equity firm in California.

After graduating in 2018, he founded the e-commerce clothing brand, Abella Eyewear, as one of the four co-founders. The business quickly reached $ 25,000 in daily sales prior to the business acquisition.

Although his record is excellent, it was not all sun and rainbows for the Canadian. Many of his ideas and projects do not come out of MVP stages, but his adaptability and agility allow him to quickly go from failure to success without hesitation.

For the past few years, Josh has been enjoying a break from the entrepreneurial routine and is now a consultant for many venture capital funded companies. He is also a member of the Func Media team, one of Toronto’s leading creative agencies.

In addition to being an author and serial entrepreneur, Josh is also a Canadian private pilot. If he’s not flying or boating, you might find him tweeting tips and thoughts to his loyal following on Twitter.