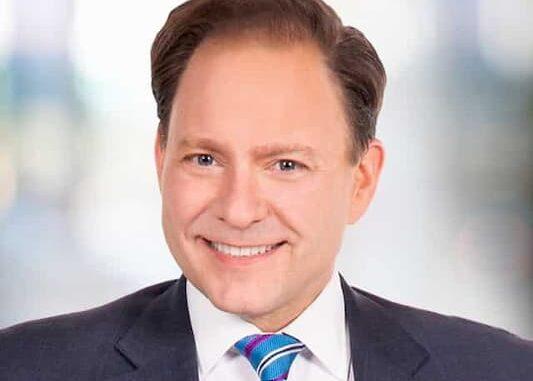 Jason DeRusha is a well-known American Emmy Award-winning journalist who currently serves as an anchor for WCCO-TV This Morning, Mid-Morning, as well as covering food stories. He became a member of the station on April 1, 2003.

Since then, he has won nine Emmy Awards for his food coverage, reaching the finals for the “Outstanding Television” category at the famous James Beard National Awards. In addition, the Jaycees named him one of the ten outstanding young Minnesota, while the city of Minneapolis set September 21 as “Jason DeRusha Day”.

Jason is currently on WCCO This Morning on weekdays from 4:30 p.m. to 7:00 a.m., as well as the WCCO Mid-Morning show from 9-10 p.m. In addition, he serves as the station’s food reporter, where he produces “DeRusha Eats”.

At WCCO, Jason was among the first on-air reporters and the scene of the collapse of the Interstate 35W bridge. He answered further, “Good question” for 5½ years. Later in 2013, DeRusha was named among the “40 under 40” in Minneapolis / St. List of new community leaders in the Paul Business Journal

The Minnesota Monthly wrote to him in “Power 75”, entitled, “If anyone understands where the media is going …. it’s DeRusha.”

Later in 2012, Marquette University named Jason the Young Alumnus of the Year.

Prior to joining WCCO-TV, DeRusha spent three years at WISN-TV, Milwaukee, where he served as a journalist. He also anchored the weekend news on KWQC-TV in Davenport, Lowa, worked as a reporter for WREX-TV in Rockford, III and worked for New York-based ABC World News Tonight.

For his outstanding work, he has been nominated for more than 20 regional Emmy Awards, winning Regional Emmys for Anchoring WCCO This Morning for breaking news coverage, citing the DeRusha Eats section and the Good Question section.

At Twin Cities, Jason is a former Chairman of the Board of the Upper Midwest Chapter of the National Academy of Television Arts & Sciences. He is also a frequent speaker and guest for charitable fundraisers.

In addition, Jason has been a frequent contributor to WCCO Radio and has been writing for the Minnesota Regional Magazine since 2009. Currently, Jason is a Minnesota Food Critic and a glass art collector, judging for the Uptown Art Fair.

DeRusha it was born on January 24, 1975, in Des Plaines, Illinois, United States of America. That’s him 45 years old from 2020. In addition, it celebrates its birthday every January 24th.

Jason is married to his wife, Alyssa Bannochie, a financial analyst and graduate of Wayzata High. The duo met at Marquette University, Milwaukee. The couple lives together in Maple Grove with their sons Sam and Seth.

He has kept information about his family out of the limelight. This made it difficult for him to find the names of his parents, as well as whether he had siblings. However, we promise to keep you posted as soon as the information appears.

The DeRusha is 5 feet 10 inches high.

DeRusha is valued at a net worth of between $ 1 million and $ 5 million. This is mainly due to his successful career as a news anchor.