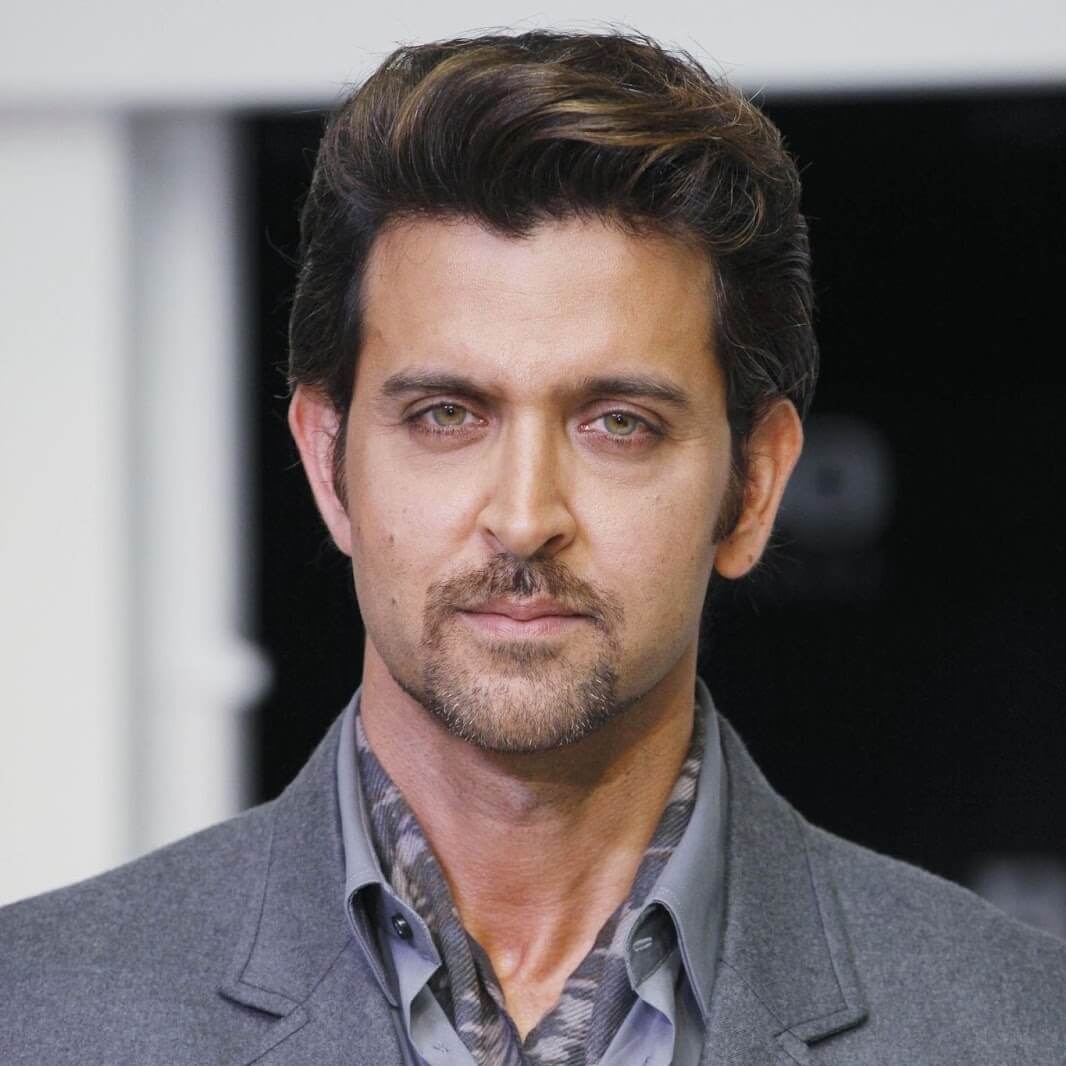 Hrithik Roshan is an Indian actor born on January 10, 1974, in Bollywood films. He played a variety of characters and is known for his dancing skills. One of the highest-paid actors in India, he has won numerous awards, including six Filmfare, four for the best actor and one for the best beginner and best actor (critics). In 2012, he appeared in Forbes India’s Celebrity 100 based on income and popularity.

Roshan received school education from Bombay Scottish School (Mumbai). Later, he enrolled in Sydenham College Of Commerce And Economics (Mumbai) for his bachelor’s degree. He studied B.Com (Bachelor of Commerce) there.

Does Hrithik Roshan smoke?: No (He used to smoke before, but now he has quit smoking)Hrithik Roshan Smoking cigarette with Salman Khan

He was born with two thumbs on his right hand, and his classmates used to make fun of it. Hrithik Roshan’s Two Thumb

His official surname is Nagrath, not Roshan.

At the age of 6, he made his entry into Bollywood as a child artist in a dance sequence of the 1980’s film- Aasha. Hrithik Roshan In The Film Aasha

With his first earnings of ₹100, which he got from shaking a leg next to Jeetendra in the movie Aasha, he purchased 10 Hot Wheel Cars that were in vogue at that time.

Being a style icon, he has launched his fashion label brand named HRX, which deals in casual clothing. Hrithik Roshan’s Brand HRX

Before making his film debut, he took bodybuilding classes from Salman Khan.

Prior to appearing in films, he assisted his father, Rakesh Roshan, in his directions- Karan Arjun and Koyla. He used to do odd jobs on the sets like serving tea to the actors and even sweeping the floors.

In his debut, it was first expected that Kareena Kapoor would be seen opposite him, but she walked out of the film due to some misunderstanding between Hrithik’s father and Kareena’s mother. Hrithik Roshan With Kareena Kapoor On The Set Of Kaho Naa Pyaar Hai

At the age of 19, he suffered from Scoliosis, a spinal disc herniation and he was told by the doctors that he would not be able to dance or act, but he struggled through his weaknesses, and the outcome is in front of everyone.

Hrithik’s performance in the movie- Kaho Naa… Pyaar Hai received critical acclaims from the audience. The film went on to become a blockbuster, which made Hrithik an overnight star. Moreover, he met his Ex-wife first time in the same way Rohit met Sonia at a traffic signal in the movie.

He got married to the first sight love of his life, Sussanne Khan on 20 December 2000 at Golden Resorts and Spa, situated on the outskirts of Bangalore. Hrithik Roshan And Sussanne Wedding Photo

On Valentine’s Day in the year 2000, he received around 30,000 marriage proposals from his fans.

His signature dance moves in the song “Ek Pal Ka Jeena” became a nationwide sensation and a big craze among youth.

He was the first choice for Shah Rukh Khan‘s role in Don and Swades, Akshaye Khanna‘s role in Dil Chahta Hai, and Siddharth’s role in Rang De Basanti.

After the release of his film- Main Prem Ki Deewani Hoon, opposite Kareena Kapoor, his wife asked him not to sign any movies with Kareena; as she had noticed that Hrithik and Kareena were getting close to each other on the sets.

He had a stammering problem in his childhood, due to which he used to bunk his school and oral test classes. However, he overcame it with the help of a speech therapist.

During his growing years, he had a huge crush on Madhubala and Parveen Babi.

For his film, Zindagi Na Milegi Dobara, he did all the adrenaline pumping stunts himself without the help of body double- bull chasing, skydiving, and underwater diving.

He is a fitness freak and is very much conscious about his health and diet routine. Whenever he is ill and suffers from bad health, he gets depressed and starts working out at that moment, which reflects positive vibes in his life.Hrithik Roshan Doing Workout

Hrithik used to do stunts on his BMX bike to impress Sussanne, and she used to call him “Bholunath.”

Despite being so successful in his life, he is terrible at handling finances on his own, his ex-wife and mother take care of it.

Hrithik motivates everyone to quit smoking, but there was a time when he was severely addicted to smoking. He told in an interview that Allen Carr’s publication- Easy Way to Stop Smoking, helped him a lot to quit this filthy habit.

He loves documenting his day-to-day life in a scrapbook, which is filled with a lot of pictures.

He is an avid animal lover and had a pet pug named Puggy, and cats named Pearl and Tiger, who is no more. He also bought a beagle named Paris for his sons.

During the stunt shoots for “Bang Bang,” he suffered a head injury and later, underwent surgery for the removal of a blood clot in his brain.

Hrithik has his wax statue established at Madame Tussauds’ museum. Hrithik Roshan With His Wax Statue

After the release of Bang Bang, Hrithik became the first actor to do a flyboarding stunt in a Bollywood film.

In 2017, his role as a blind person in the film Kaabil pleased everyone. Later, it was disclosed that to get into his character, he locked himself for about four to five days in his house and moved around blindfolded. He just wanted to become familiar with the body language of the blind people. Moreover, he also invited a few blind people to his place and studied their expressions and gestures.

Somewhere in the midst of 2013, the golden couple of Bollywood, Hrithik and Sussanne got separated. On 1 November 2014, the two got divorced with mutual consent, but they are still spotted together as doting parents to their sons on holidays.

He loves eating pizzas and can eat two in one go.

He launched an integrated and fun learning book series titled “Tactabet,” which is for the visually impaired people and kids with low vision published in Braille format. Hrithik Roshan At The Launch Of Tactabet

In 2019, he portrayed an Indian mathematician, Anand Kumar, in the biopic titled “Super 30,” directed by Vikas Bahl.Hrithik Roshan During The Shoot Of Super 30

Tiger Shroff is his huge fan and considers Hrithik as his inspiration.

He holds a very disciplined image, but in his childhood, he was beaten very badly by Senior Roshan when he was throwing empty bottles at strangers from his terrace.

Before the release of his film “Super 30,” he shared a heartfelt note on his Twitter handle for his grandfather, whom he lovingly calls “Deda” and Dr Oza, his childhood speech therapist. Hrithik Roshan’s Twitter Post Dedicated To His Super Teachers

He and his whole family is an ardent follower of Sai Baba.

Hrithik is a certified and professional diver. Hrithik Roshan Diving