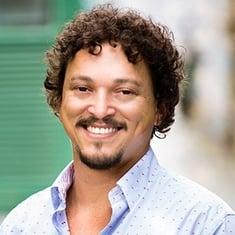 This is what you need to know about Fábio Lago is a Brazilian actor. He is known as a competitor in the Elite Squad Baisno and also the bartender Fabiano in the Caras & Bocas.

Lago is a man of average size and shape at a height of 1.83 meters.

Lago has not revealed details about his family. It is unknown if he has parents or siblings, we will update this information as soon as it is available.

Lago is married to Alice Gomes Little is known about Lago’s love life. We will update this information as soon as it is available.

Lago has not revealed details about his salary. We will update this information as soon as it is available.

José Padilha directed Elite, a Brazilian crime film in 2007. The film is a semi-fiction account of Batalho de Operaçes Policiais Especiais (BOPE), of the Rio de Janeiro Special Police Battalion, which is similar to the SWAT teams. Padilha previously directed the documentary Bus 174, and this is his second feature film and first fiction. Bráulio Mantovani and Padilha wrote the screenplay, which was inspired by the book by sociologist Luiz Eduardo Soares, Elite da Tropa and two former BOPE captains, André Batista and Rodrigo Pimentel. The Elite Squad was a critical and commercial success in Brazil and became a cultural phenomenon. At the 2008 Berlin Film Festival, the film was awarded the Golden Bear.

The film begins with a narration by Captain BOPE Nascimento, who explains the illegal relationship between the Rio de Janeiro police force and the city’s drug lords. In 1997, police officers André Matias and Neto Gouveia used a rifle telescope to see Officer Captain Oliveira and other officers confronting drug dealers in Morro da Babilônia. , resulting in a deadly shooting between police and thugs. As Mathias and Neto leave the scene, Nascimento and his men head to the fire to rescue the police.

Caras & Bocas is a Brazilian telenovela that started on April 13, 2009 and ended on January 8, 2010. It was produced and broadcast by Rede Globo. It was the second most watched television station in Brazil.