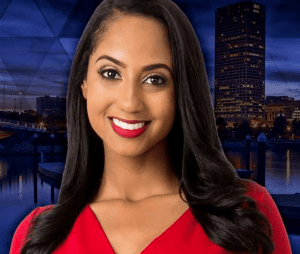 This is something you need to know about Eden Checkol, an American news anchor and journalist currently working for WISN 12 News This Morning and 12 News at 11 a.m. He joined WISN in 2017 as a morning anchor at the weekend and was also featured in various newscasts. Prior to WISN News, Checkol spent two years as a reporter / anchor at WISC-TV, a CBS subsidiary in Madison.

Cheol was raised by her father, Meseret Tsekol Reta, and her mother, Bell. He has mixed nationality of Ethiopia and America. Her father is a former journalism professor who taught at the University of Wisconsin-River Falls. On June 29, 2014, she wished her mother her birthday.

Her father received his Ph.D. plus a master’s degree in mass communication and a master’s degree in political science from the University of Minnesota. Her late father was also a writer, whose years of work, a book entitled The Quest for Press Freedom, was published after his death on May 25, 2013.

Checkol is currently single and has not shared any information about her love life. This information will be updated as soon as it is available.

Checkol receives an average annual salary of $ 55,500. This corresponds to the salaries of WISN News journalists

Checkol has an estimated net worth of $ 100k – $ 1 million. Her career as a news anchor is her main source of income.

He went to Roseville High School. He later joined St. Thomas University in St. Paul, Minnesota in 2010. Later, he graduated with a degree in Arts, Communication and Journalism in 2014. He also has a minor in Business Administration.

Checkol is currently working on WISN 12 News This Morning and 12 News at 11 a.m. He joined WISN in 2017 as a morning anchor over the weekend and also reported on various news. Prior to WISN News, Checkol spent two years as a reporter / anchor at WISC-TV, a CBS subsidiary in Madison.

On WISC-TV, he covered a number of stories, such as features of human interest and breaking news. Eden started in Duluth, Minnesota, as a reporter and anchor in KBJR 6 and Range 11 / CBS KDLH. She was a multimedia journalist who wrote, shot and edited all her stories.