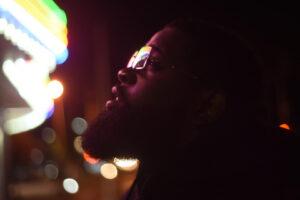 Big Vonno is an American musician and Kentucky’s most sought after emcee, Big Vonno is also known as the ‘Hidden Gem of Hip-Hop’, uniquely uses storytelling techniques in his lyrics to take you on the journey of his rising star life and exploring life with the streets. Big Vonno is drawing the attention of the streets around the world.

Big Vonno was born in the city and state of Lexington, KY. He didn’t realize his hidden talent at first and just thought it was a hobby until others around him said he was better than average. He quickly began to become a student of the rap game. His friends Allen Smith alias Montaine Beatz and Corenz White alias Diddy who were both killed due to gun violence were and are a big part of his motivation. They always pressured him and made him strive for greatness. Now he’s just doing that.

Big Vonno open for The Migos with the line up of Jack Harlow, Cal Scruby Riff Raff and Kent Jones

Big Vonno focused on becoming the new father of his firstborn Jovan Dawson II. Instead of dropping songs, he stayed behind the scenes writing songs for the artist.