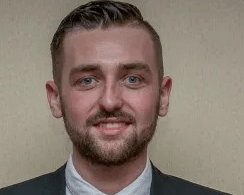 That’s what you need to know about the late Ben Godfrey, a British Superbike rider who on June 21, 2020, was allegedly involved in an accident in Donington Park that cost him his life. Godfrey was involved in an No Limits Trackdays event when he fell off his bike. He had to represent the BGR team in the Ducati TiOptions Cup at Silverstone later this year.

Godfrey fell off his bike while competing in the No Limits Track Days event. The company released a statement saying: “During the second advanced group meeting of No Limits Track in Donington Park, 25-year-old Ben Godfrey collided with another bicycle as he approached Redgate and fell from his car.

“Unfortunately, he suffered serious injuries and despite immediate medical attention, he surrendered to his injuries shortly afterwards.”

In a statement, No Limits Trackdays director Mark Neate also expressed the loss of the young rider, saying: “I am so desperate that Ben has died from his injuries.

“Ben was really a fantastic young man and friends with so many people in the paddock, he was always smiling and had time for everyone. He was very excited about the start of the season and had taken part in many track days in the last month.

“Our thoughts are with his family, his partner Jordan and his teammates and friends.”

The friend of the British Superbike, Glenn Irwin, was among those who paid tribute, posting on Facebook: Let’s go very early. “My thoughts are with his family, friends and team.”

Leicestershire Police confirmed they were called to an “organized racing event” in Donnington at 11:20 a.m. on Sunday and that one person had died after an incident.

Godfrey’s net worth is still under review from 2020.