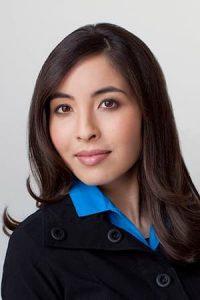 This you should know that Roxana Saberi is an American freelance journalist, she is also the former North Dakota lady.

Saberi was born on April 26 in Belleville, New Jersey. She is currently 44 years old since 2020. Saberi celebrates her birthday on April 26 every year.

Saberi is a woman of average size and details about her height. We will update this information as soon as it is available.

Saberi was born in Reza Saberi and in Akiko Saberi her parents immigrated from Japan. Her family moved to the United States when she was six months old.

Saberi has kept private matters concerning her love life from the public. It is unknown if she is married or dating.

Saberi did not disclose details about her salary. We will update this information when available.

Saberi did not disclose details about its net worth. We will update this information as soon as it is available.

Saberi is a correspondent for CBS News based in London and became a member of CBS News in January 2018. She has reported on all shows and news platforms. Saberi had previously served as an independent correspondent for CBS News and Newspath. Prior to reporting for Al Jazeera, he covered breaking news, business and research news throughout the country and abroad. It covers child labor in Myanmar as well as Muslim-Buddhist tensions. He hosted and recorded a special event in Japan for the 70th anniversary of the atomic bombing of Hiroshima, the U.S. military presence in Okinawa, and was biracial in Japanese society. Saberi also introduced social justice in Al Jazeera America, citing gender issues, LGBTQ rights, and racial and ethnic minorities.

Saberi lived and referred to Iran for six years. She covers politics, foreign policy, nuclear program, environment, culture and the changing roles of women in Iran and speaks fluent Persian. He opened and runs the Tehran office of Feature Story News, where he contributed regularly and in-depth news to PBS, Fox News, Channel News Asia, NPR, PRI and Deutsche Welle, among others. He worked for the BBC as a freelance correspondent in Iran and for the ABC as a radio reporter.

Saberi was arrested and held for 100 days in Tehran’s Evin prison in 2009 while writing a book about Iran on a false espionage charge against the CIA. She returned to the United States after an international liberation movement and wrote the book “Two Two Worlds: My Life and Captivity” in Iran. He has continued to contribute stories about Iran and the Middle East, as well as working as an Iranian commentator for a number of news outlets. Saberi also covered the consequences of the fall of the Taliban in Afghanistan, the fall of Saddam Hussein in Iraq and the 2006 war in Lebanon.

Saberi has received many accolades for her efforts, including the Medill of Courage, the Ilaria Alpi Press Freedom Award, and the NCAA Valor Award.