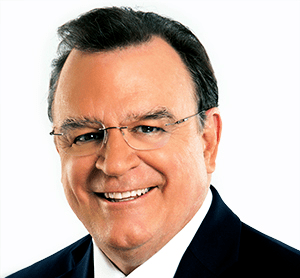 This is what you need to know about Joe Moore, an American television personality. Moore is best known as the main news anchor at KHON–TV in Honolulu, Hawaii? the state-owned partner Fox and the station with the highest rating. He is also a professional actor and playwright.

Moore thanked his parents for their support during his education and career. Information about his parents and siblings will be updated as soon as it is available.

Moore is a happily married man with his wonderful wife Teresa. The couple bonded in 1991. They are blessed with a son, Bryce, who was born in 1998.

Moore and his wife Teresa are the parents of a son, Bryce, born in 1998.

Moore receives an annual salary of $ 64,312. This corresponds to the salary of the KHON anchor.

Moore has an estimated net worth of between $ 100 and $ 1 million. His career as an anchor is his main source of income.

In 1969, Moore returned to Hawaii and joined the KGMB as a sports anchor under mentor and news director Bob Sevey. After nine years as a member of the news team that dominates the market at KGMB, he moved to KHON-TV which was then a subsidiary of NBC Hawaii (he joined Fox in 1995). KHON had overtaken KGMB as the top station in Hawaii — a lead that continues to hold on for years to come. In 2008, KHON-TV extended Moore’s contract as head anchor for ten years.

Moore also starred in live theatrical productions. He collaborated many times with his old friend, the TV host Pat Sajak. The two co-starred in Neil Simon, The Odd Couple in 2001 and 2012 (at the Connecticut Repertory Theater), starring Slovenian Oscar Madison. In 2004, the two appeared together in a theatrical adaptation of The Honeymooners. They starred together in Bernard Sabbath play The Boys in the fall of 2010 at the Hawaii Theater in Honolulu.

They starred in the dramatic comedy Wrestling Ernest Hemingway, based on the 1993 film, 2014 at the Hawaii Theater. Moore wrote and starred in Prophecy and Honor (2007, starring Richard Dreyfuss and George Segal). In 2013, Moore co-starred with Patty Duke in “Heaven Forbid!”, Based on the BBC series Waiting for God in Hawaii. In June 2015 he starred as James Wicker in the first post-Broadway production of Terrence McNally’s comedy, It’s just a game, starring Linda Purl and Cathy Foy, at the Hawaii Theater.