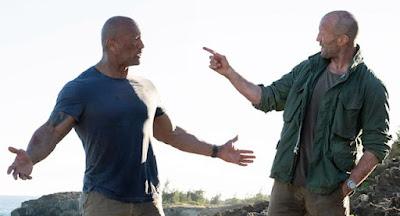 Self-centered demands are nothing new on Hollywood sets, but producers of the Fast & Furious franchise have revealed that its stars have gone so far as to refuse to lose fights against each other.

Members of the team behind the film series told the Wall Street Journal (paywall) that actors such as Jason Statham, Dwayne “The Rock” Johnson and Vin Diesel have contractual requirements that limit the amount of penalties their characters can get. suffer in combat.

Diesel, who has been part of the long-running franchise since the beginning, reportedly devised a complicated scoring system tallying the number of times each actor was kicked, punched or headbutted to ensure that the violence was evenly distributed. It was ultimately deemed impractical, but Michael Fottrell, producer of five of the films, confirmed to the WSJ that the fights were choreographed so no one came out as the ultimate loser.

Diesel’s sister is reported to have been on set asking if her brother was “going to resume his licking” after a fight scene during rehearsal. Johnson, who had a successful career as a WWE wrestler before breaking into acting, also reportedly asked his character to sit rather than lie on his back after being beaten in a scene from 2017 Fate of the Furious.

Some of the requests have been attributed to tensions between Johnson and Diesel. “It’s not always easy being an alpha. And they’re two alphas,” Johnson told USA Today. Diesel does not appear in the latest release, Hobbs & Shaw, in which Johnson stars alongside Statham and Idris Elba.

“It’s like that old trope where an actor comes in and wants more close-ups,” an unnamed franchise editor told the newspaper. “They want more muscle.”

Stories of bruised egos and eccentric one-upmanship have long been common among action stars. Steve McQueen and Paul Newman clashed on the set of the 70s disaster film The Towering Inferno, both wanting the same number of lines and the best poster on the promotional posters. Tom Cruise reportedly had a ‘no eye contact rule’ while filming The Last Samurai, while Daniel Day-Lewis reportedly said no one with a British accent should talk to him while he was filming Lincoln, just in case. that would put him off.

READ:  Justin Bieber is upset and leaves a concert in Oslo

Christian Bale’s rant on the set of Terminator Salvation is one of the most egregious examples of an action star’s downfall and has quickly become part of cinematic folklore. The actor became furious when the cinematographer wandered over his gaze during a take and threatened to walk off set in a rant filled with expletives.

Many claims seem rooted in the more pragmatic world of career management and self-preservation. Queen Latifah only accepts roles in which her character does not die. “If I die, I can’t be in the sequel,” she said this year.