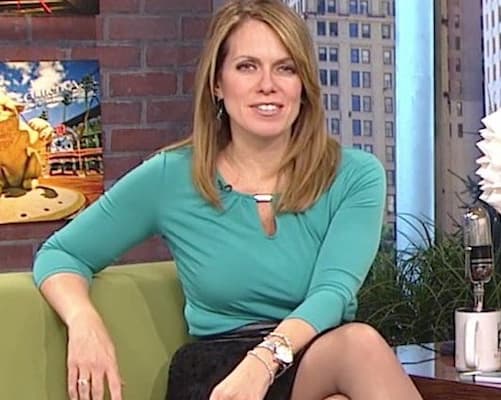 Deena Centofanti is an American journalist who currently works as a presenter and reporter specializing in health reporting at WJBK, FOX 2 News in Detroit, Michigan. Prior to joining the current station, she worked as a reporter and supplementary anchor for WSYX, based in Columbus, Ohio. This happened shortly after she graduated in 1990.

He attended and graduated from a local high school in Hudson, Ohio. She later earned a degree in broadcast journalism from the University of Miami in Miami, Florida. That was in 1990. She began her career as an intern reporter for WSYX News in Ohio. While there he gained experience in covering live field reports and editing impressive news. This provided confidence and credibility to its viewers.

She describes her start at the station as her first humble start to her career. Centofanti also made several friends and even met production manager Keith on set. After her official departure from the station, she worked in various media stations in the USA. This happened before joining WJBK’s current FOX 2 Detroit station.

He worked at WJBK for almost 3 decades. So far, he has covered stories such as the aftermath of the horrific weather in Michigan, various shootings happening around Michigan and many other stories. She enjoys spending time with her family and children when she is not on the air.

The height of Deena Centofanti

Centofanti is on average height of 5 feet 6 inches. In addition, it is mediocre weight weighing 56 kg is equivalent to 123 pounds.

Centofanti was born into a loving and supportive family. Marsa Kentofanti, her mother is a compassionate housewife. Additionally, Joe Sentofandi, her father is a great narrator who has a complete career. Details about her siblings will be updated soon.

Centofanti is fortunately married in her care husband, Keith Stironek. They took married on 16 June 1996. In addition, they are blessed with three children.

Centofanti has an estimated net value between $ 1 million to $ 5 million. In addition, Centofanti’s main source of wealth is her career as a journalist.