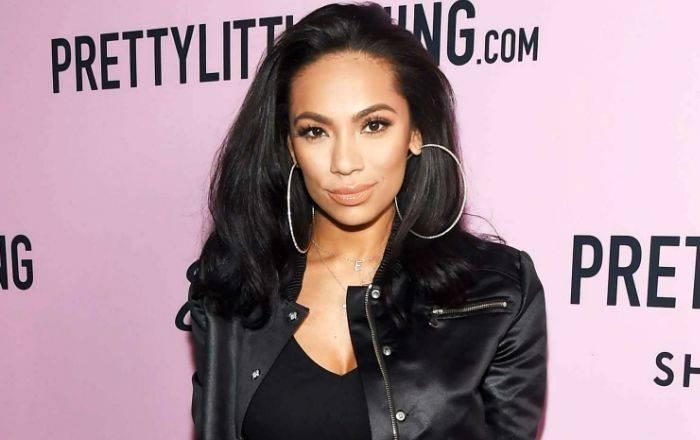 Erica Mena is an American actress, reality star and former model who is best known for her appearance in the Love & Hip Hop: New York series. She joined the cast of the VH1 Love & Hip Hop reality show: Atlanta for her seventh season in 2018. Her television credits include The Trisha Goddard Show, Bad Girls Club: Social Disruptions, Bad Girls Club: East Meets West and Scared Famous.

Erica Mena was born on November 8, 1987 in the Bronx, New York, United States.

She is from Puerto Rico and Dominican decent.

Erica Mena met a lot of stars during her career. In 2014, she began dating Bow Wow, an American actor and rapper, before becoming engaged with him. But the couple ended their relationship shortly.

She has a son, King, of rapper Raul Conde.

Mena is currently in a relationship with Cliff Dixon.

Mena debuted on television in '209 when she appeared on the Kourtney & Khloe Take Miami reality show.

Erica has published an album entitled "Where am I going from here" in 2014, available on the sound cloud.

She gained a lot of fame after appearing on the reality show Love & Hip Hop: New York and hosted many reality shows.

Erica has produced print advertising campaigns for Tommy Hilfiger, Loreal, Roca Wear, among others. She has served as a spokesperson for several national and international companies.

Net worth of Erica Mena

She had a very difficult childhood because of her abusive father, who was a drug dealer. She was raised by her sister and her youth left a scar in her.

Erica started drawing sketches at the age of 8.

Her career spread when she won MTV's "Jenifer Lopez Look-Alike" contest. After that, she started appearing in music videos and eventually became a leading model in the world of glamor.

At the age of 16, she won her second MTV contest titled "Say What Karaoke".

Erica published her autobiography Underneath It All in April 2013, followed by Chronicles of a Confirmed Bachelorette.

Erica Mena has appeared on the pages of MAXIM, KING Magazine, The Source and XXL Magazine, to name a few.

She has been collaborating with Randa Quraan for "Socialally Loud" for quite some time and has created "HER", a clothing line by Erica Mena. In fact, in 2015, during the fifth season of "Love and Hip Hop," she wore clothes from her own "Spring – Summer" collection.